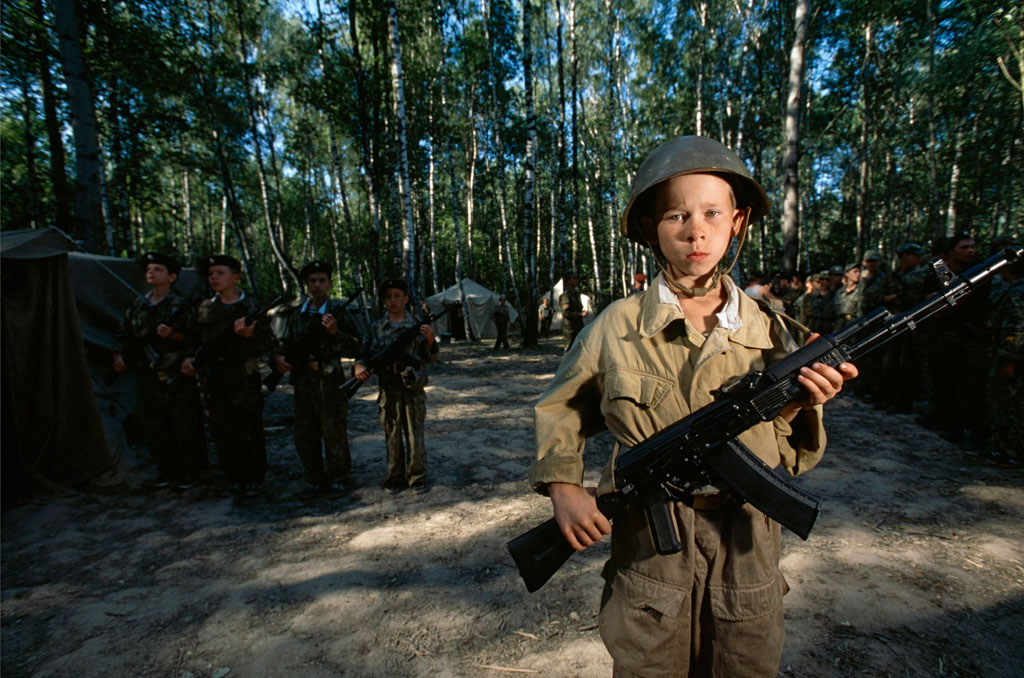 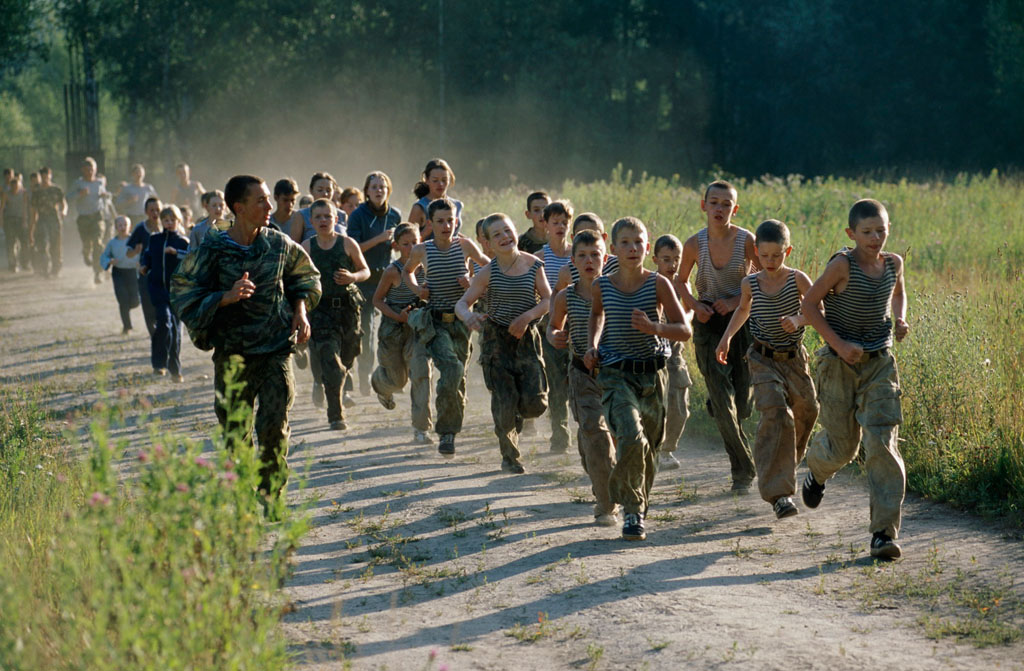 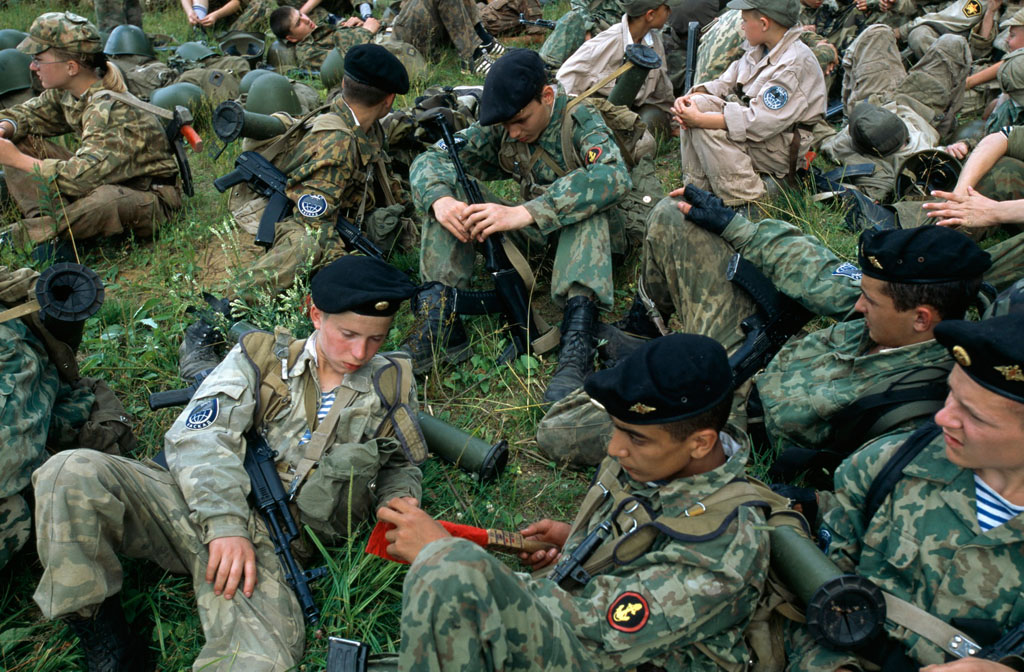 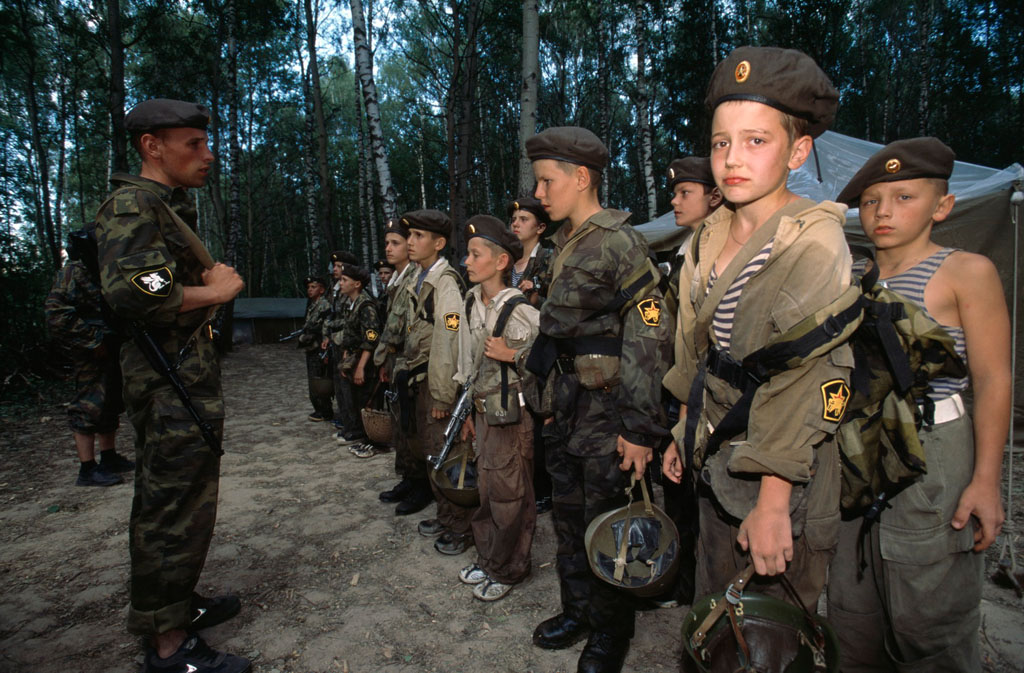 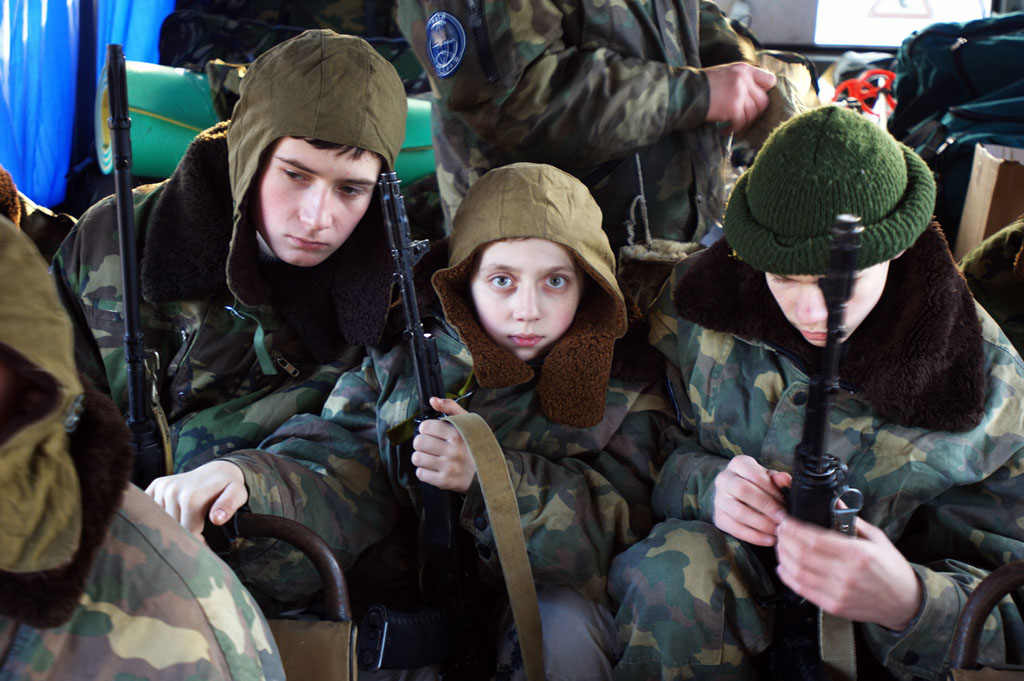 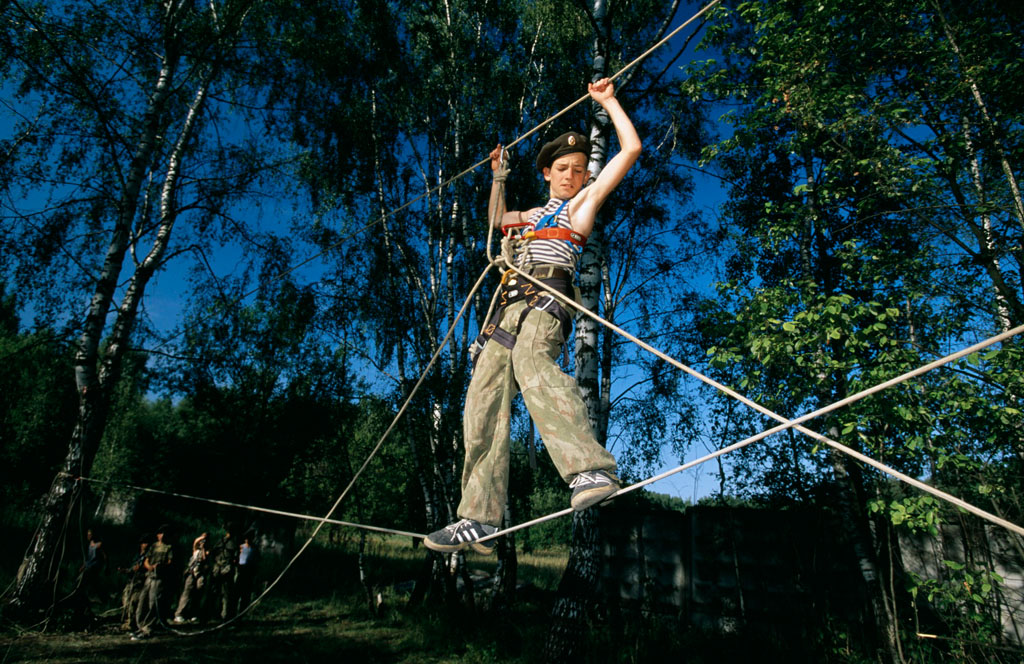 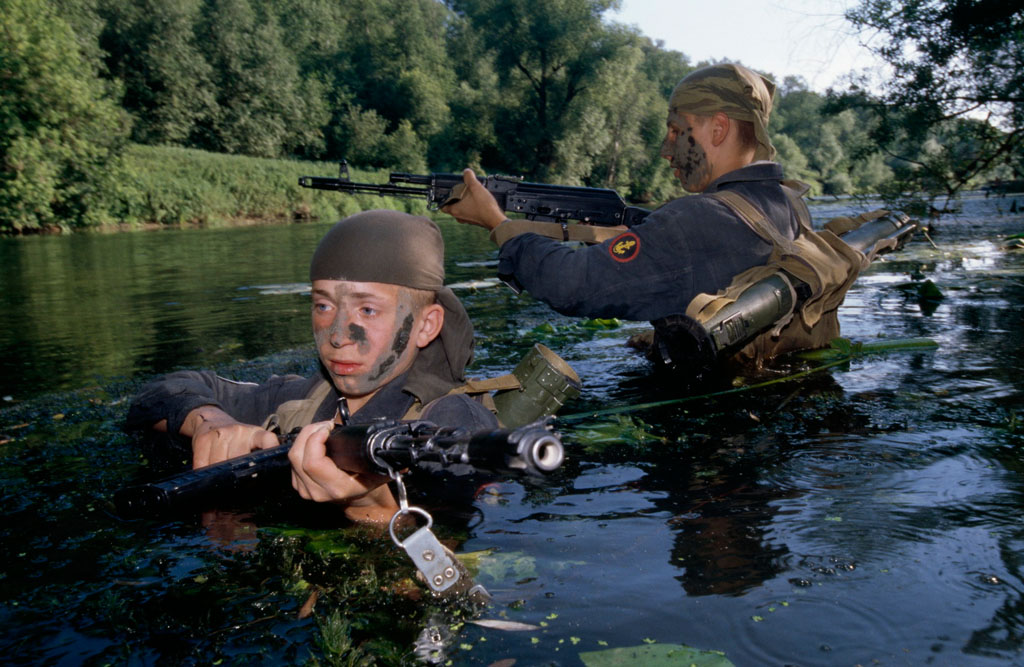 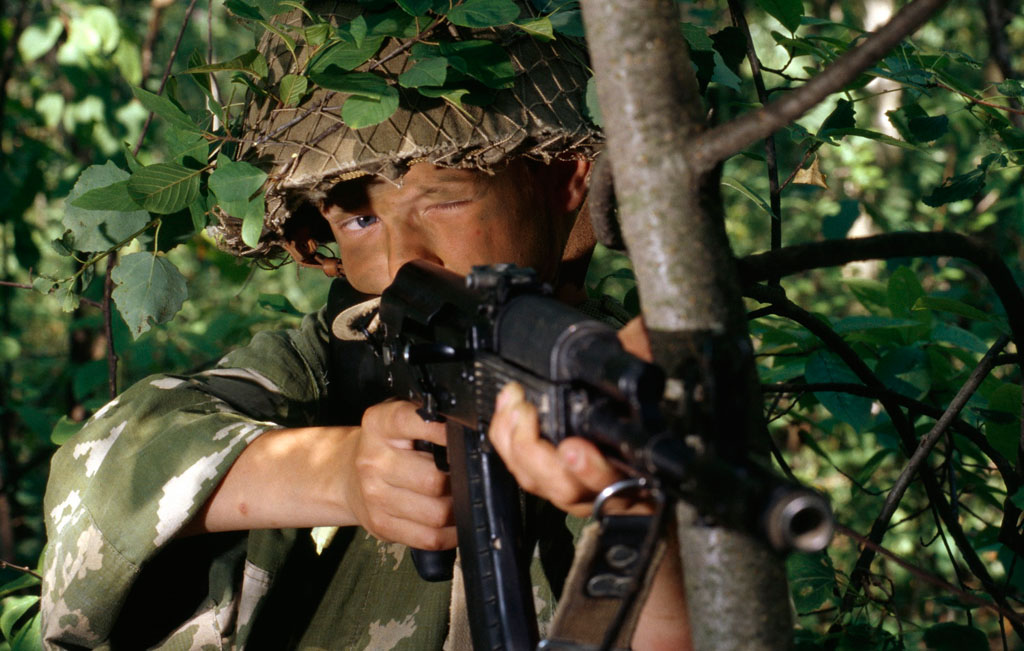 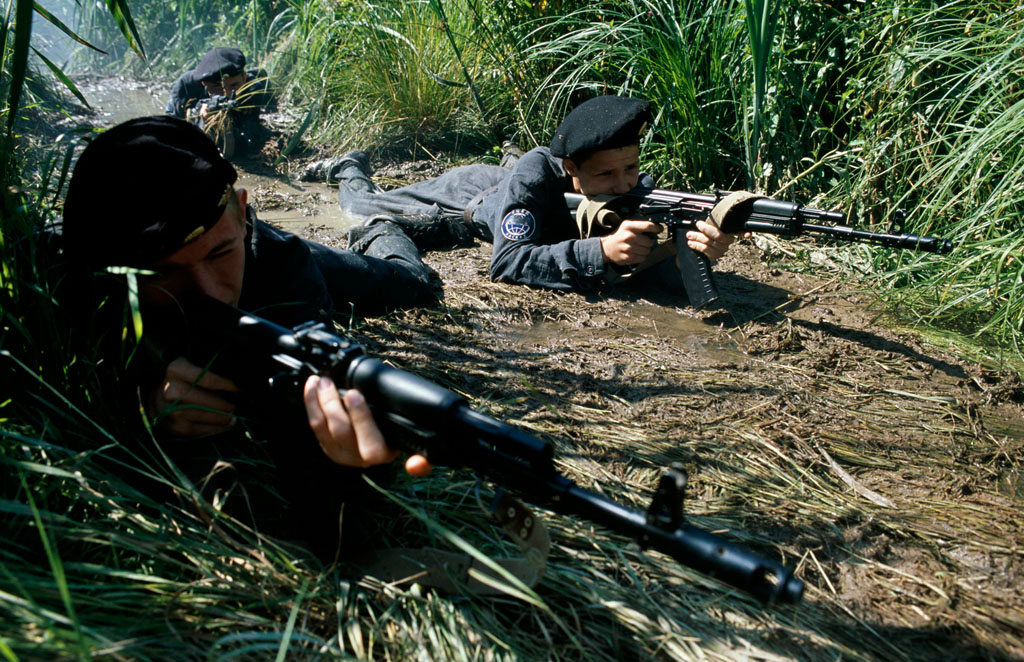 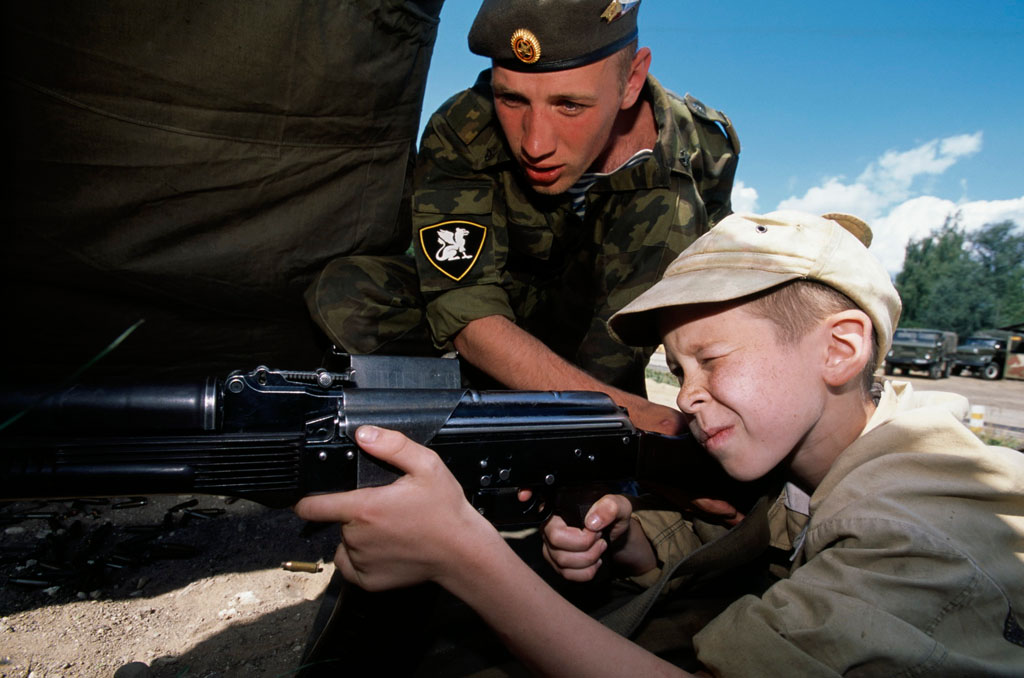 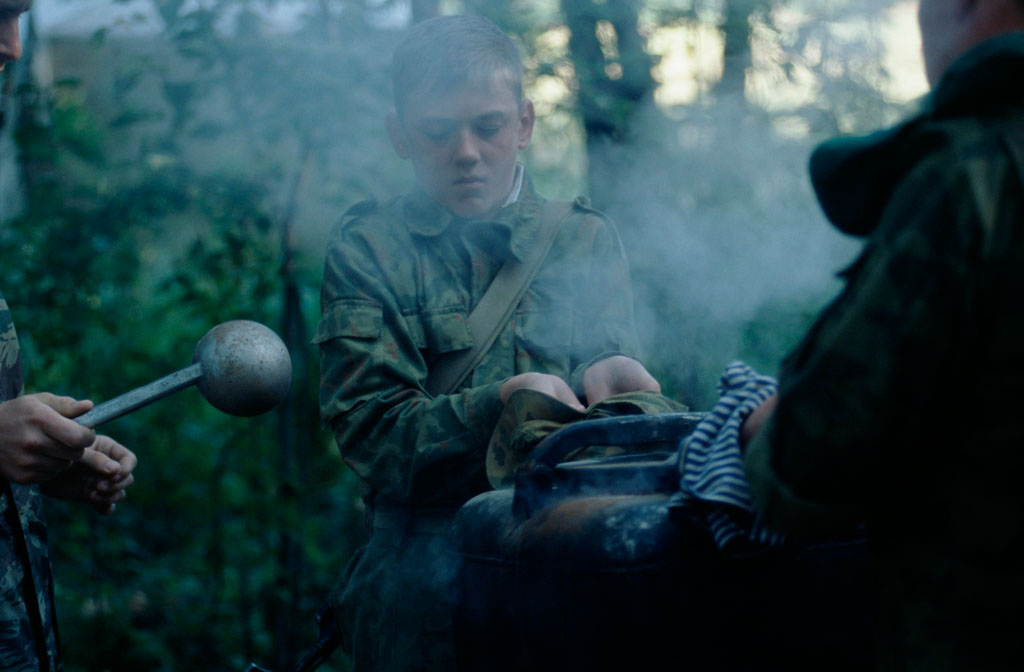 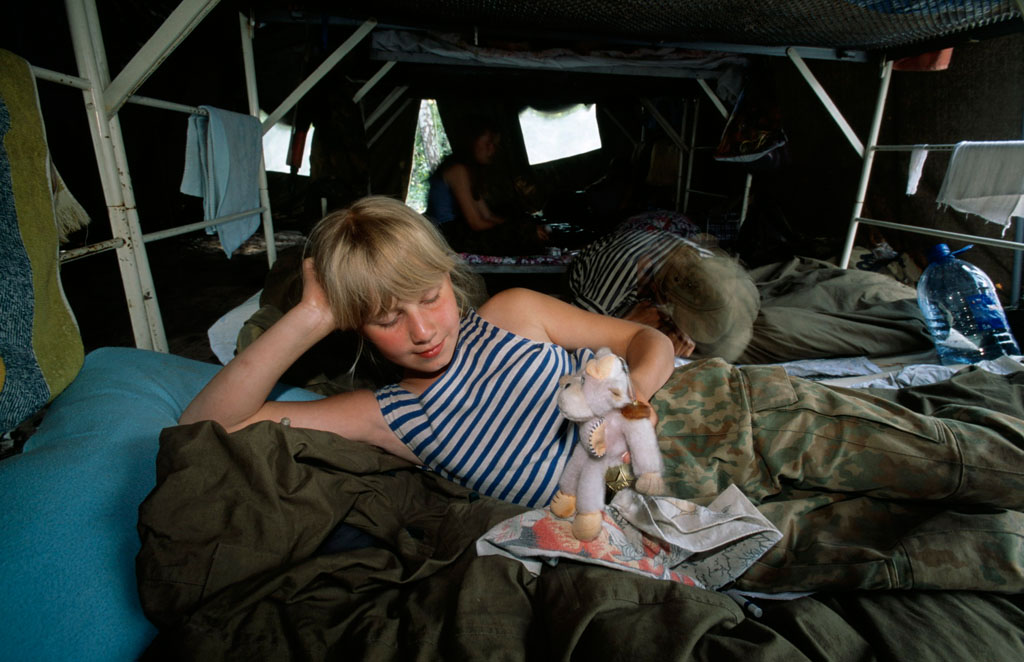 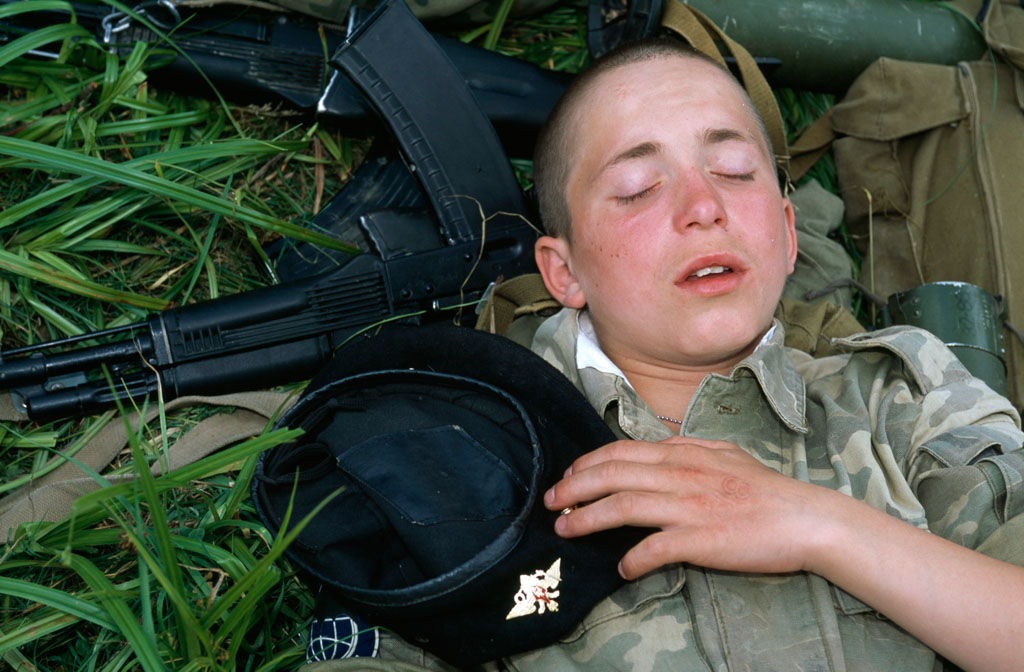 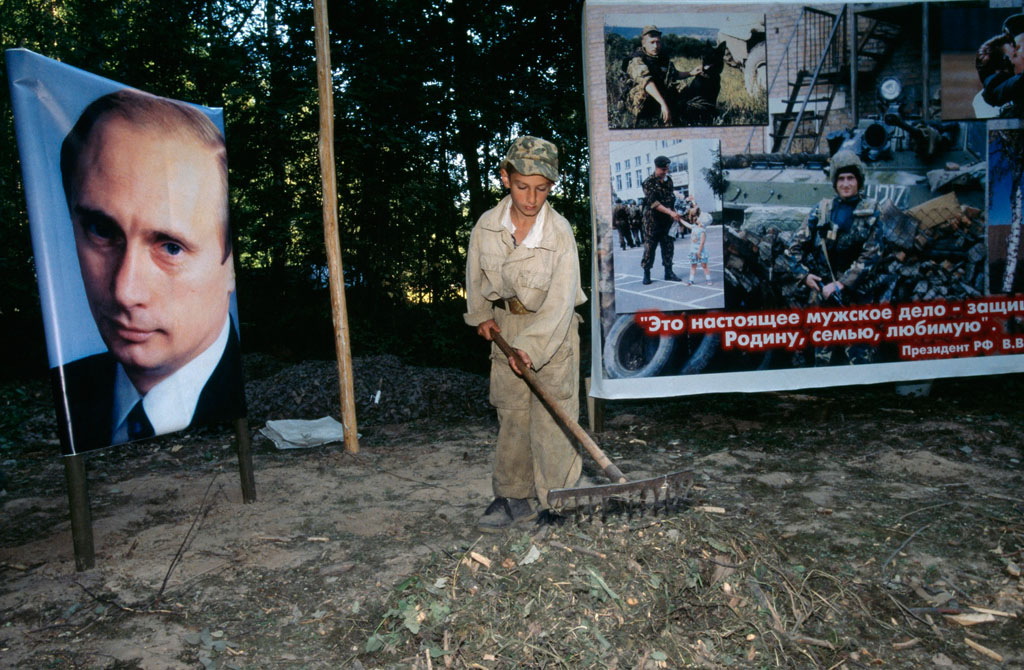 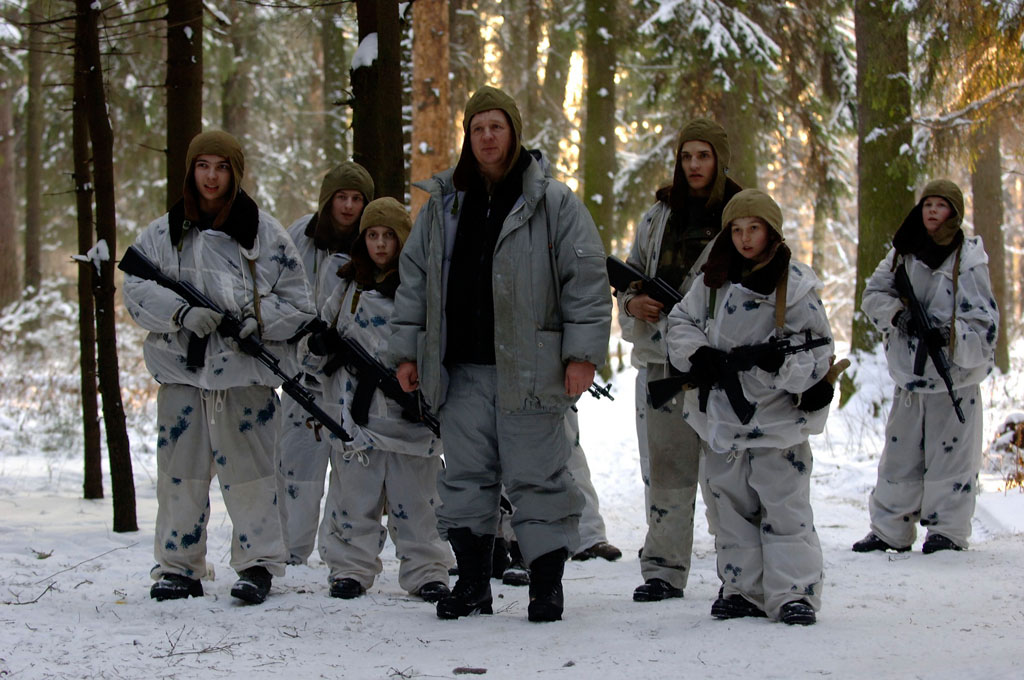 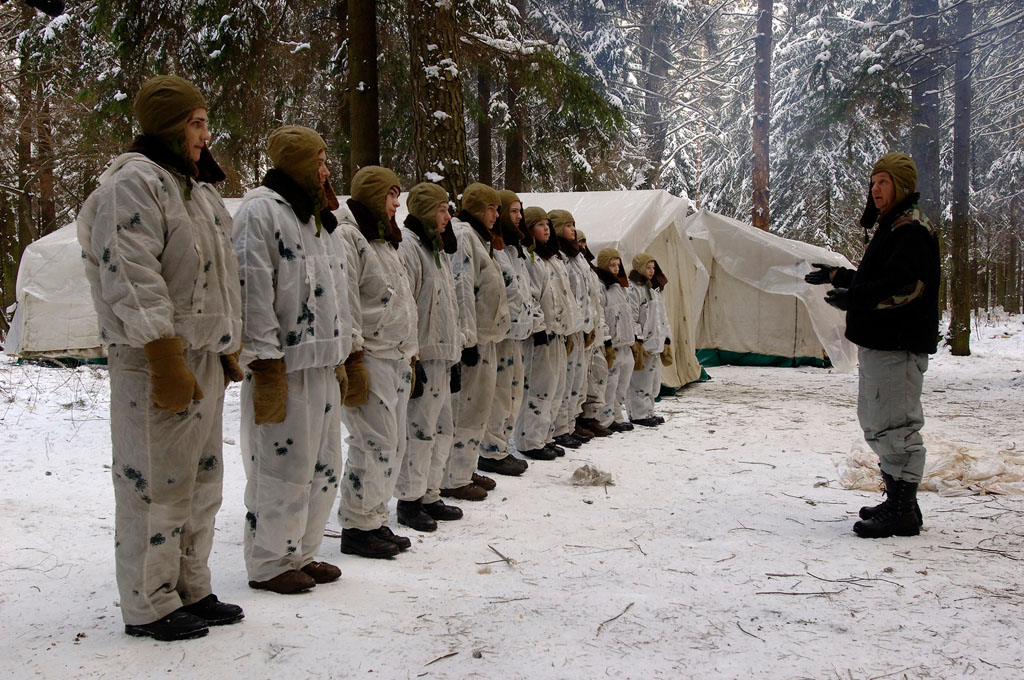 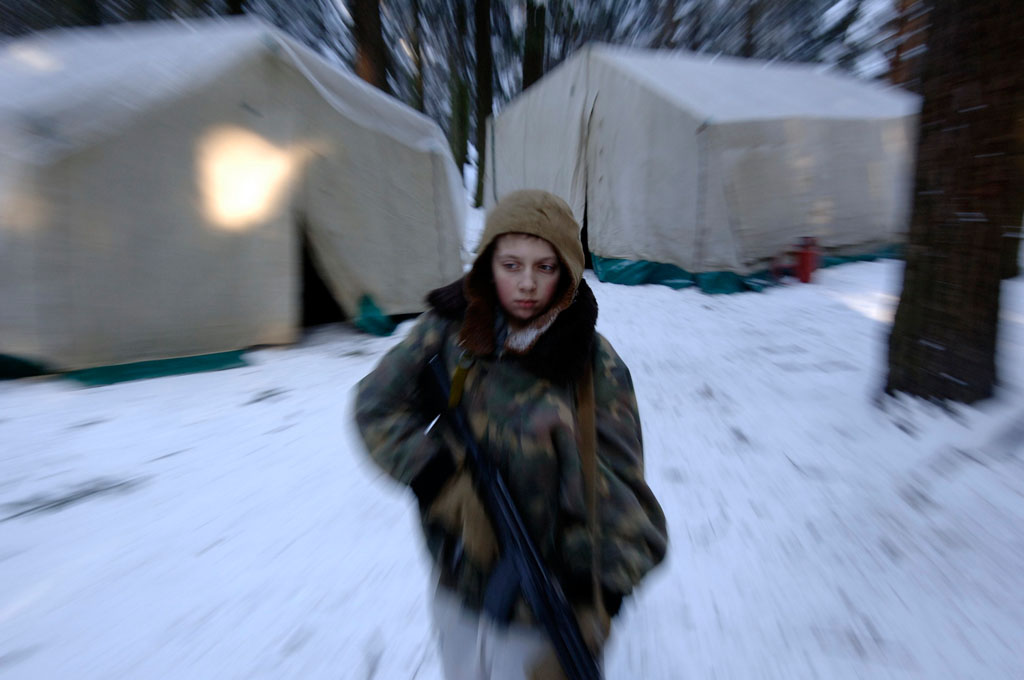 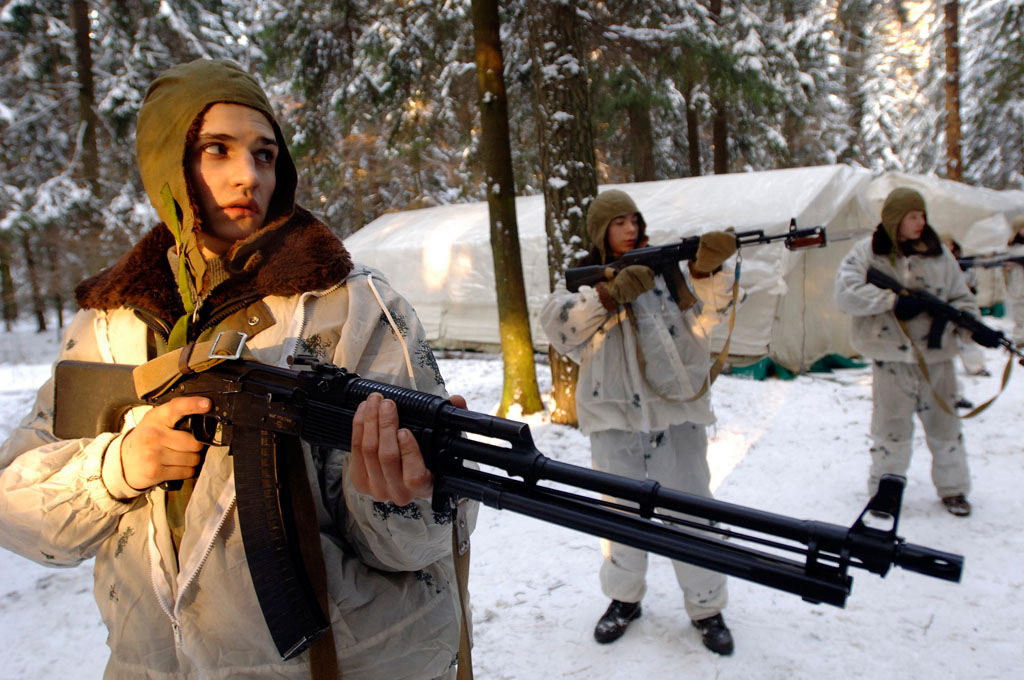 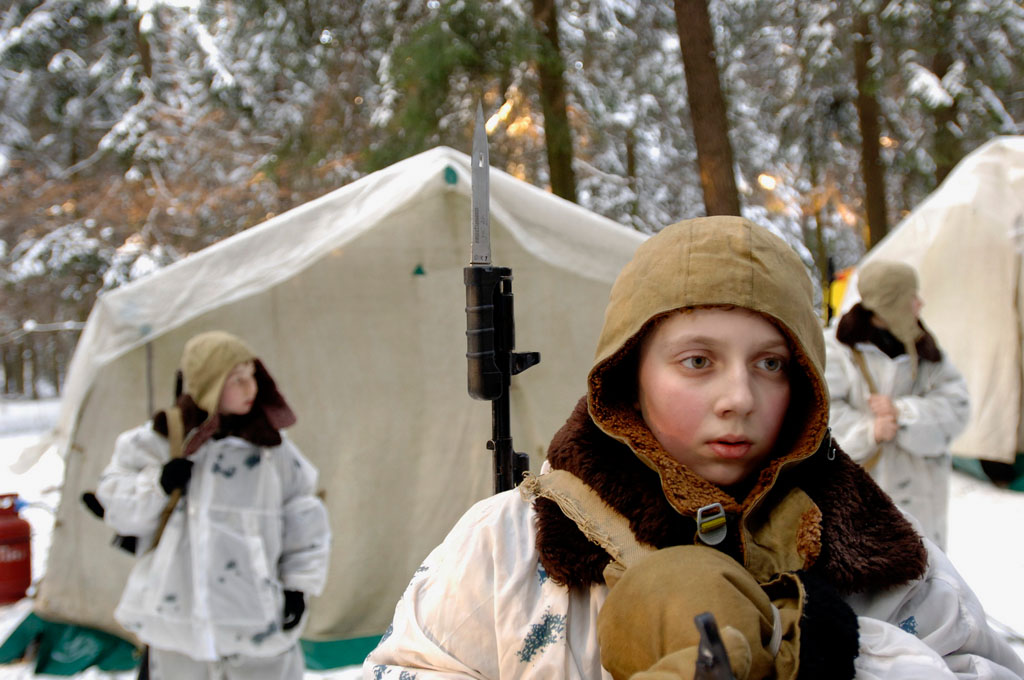 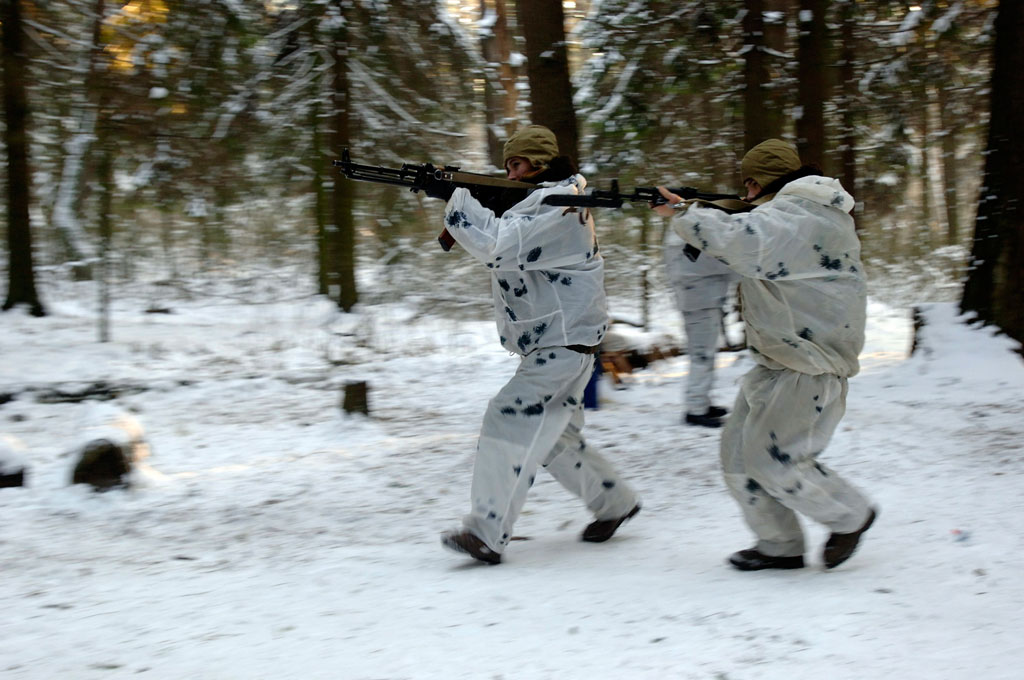 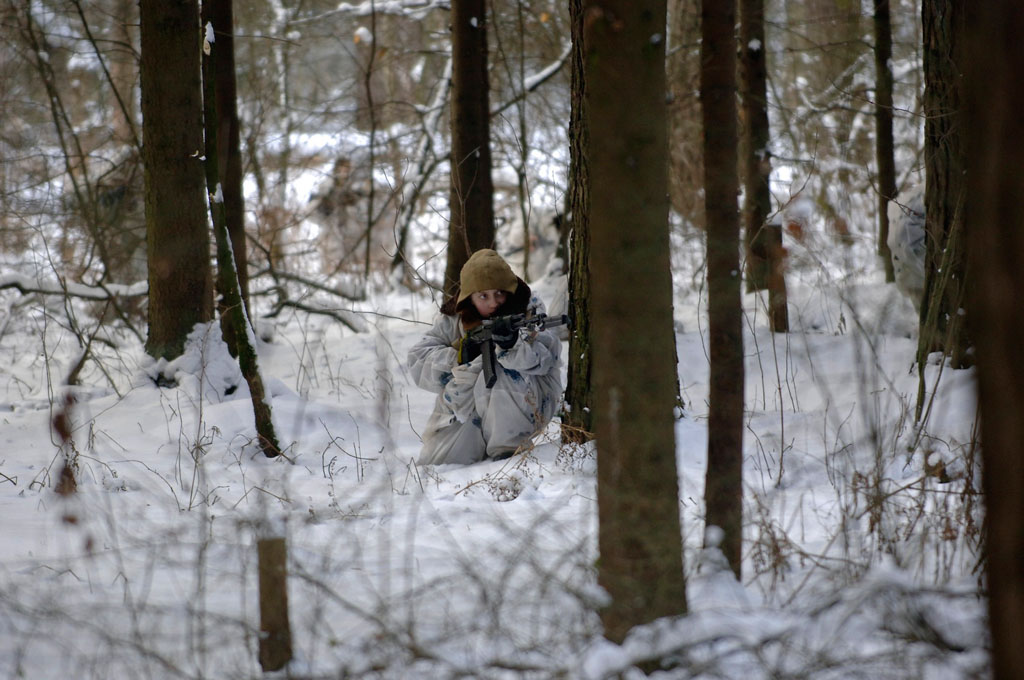 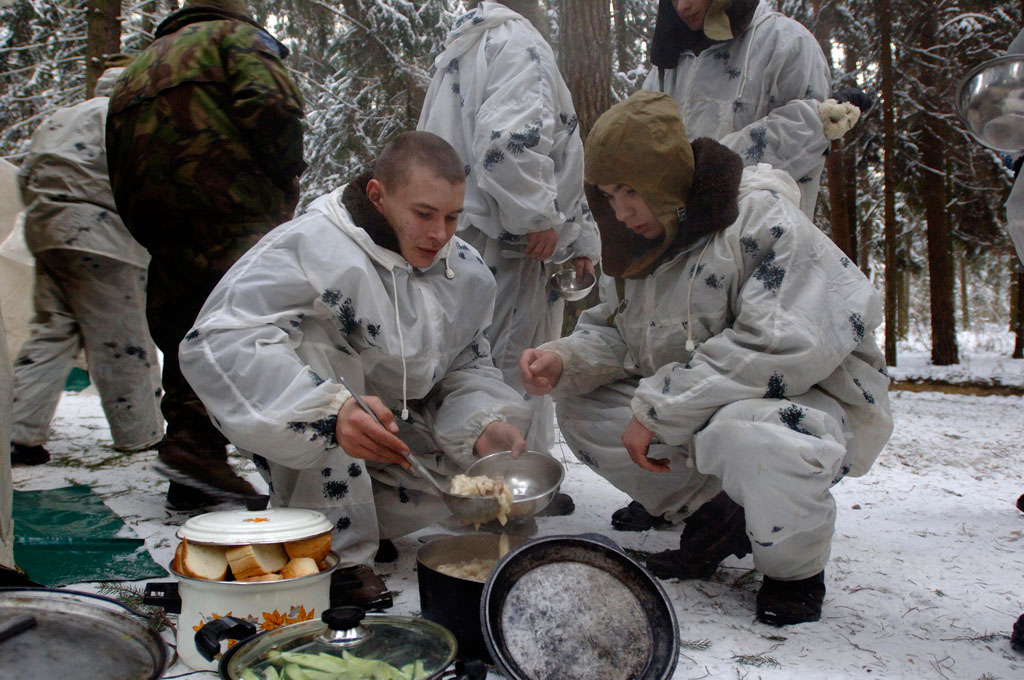 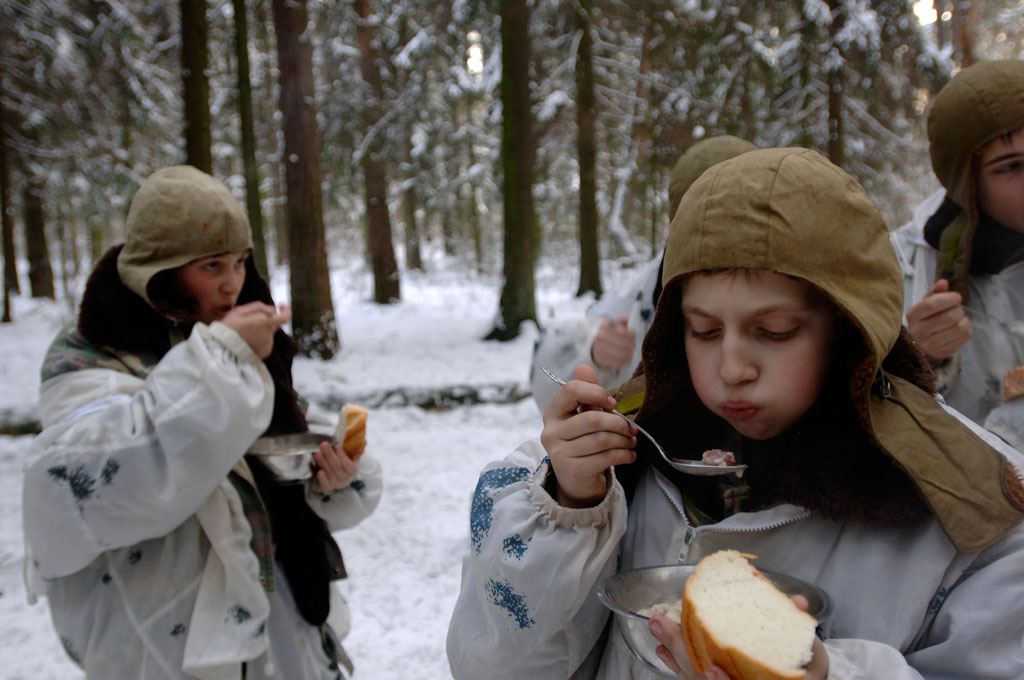 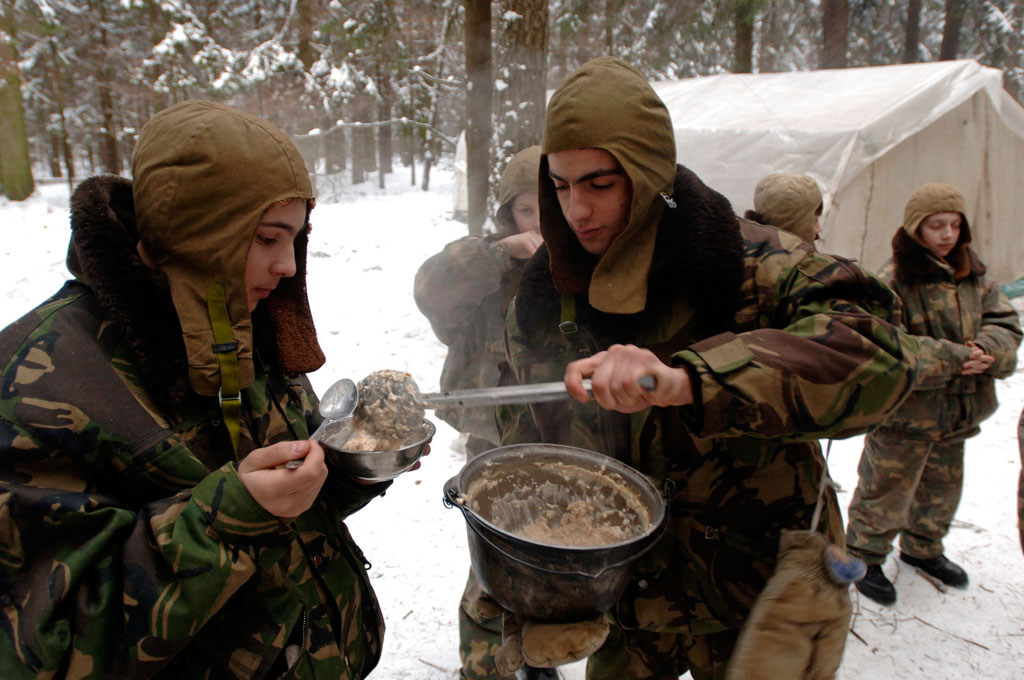 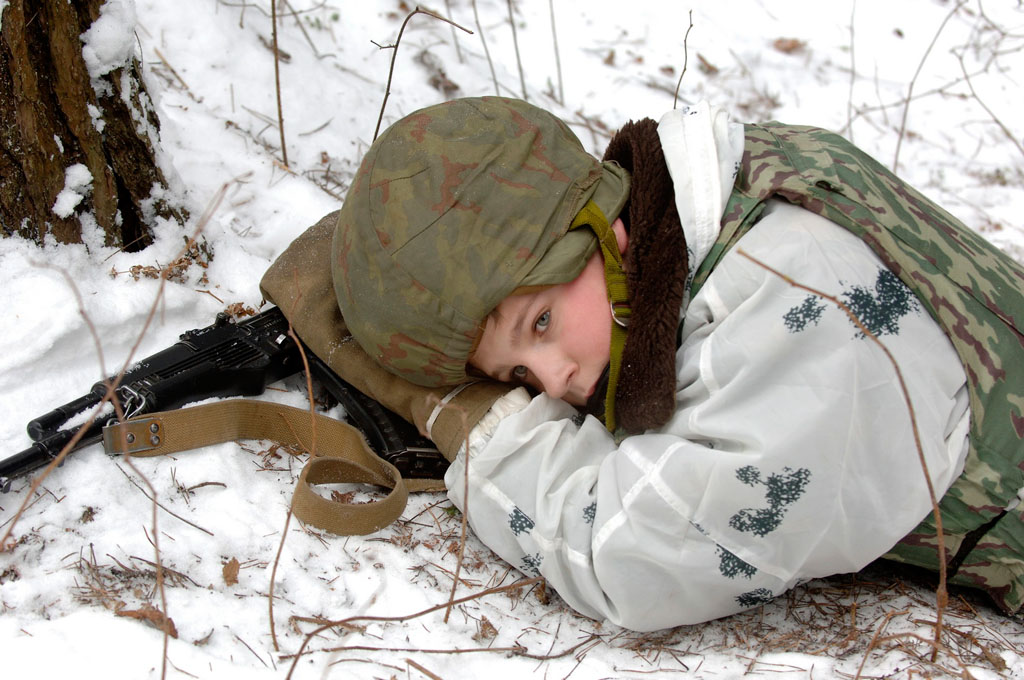 They are between the ages of 7 and 14 and come to learn how to fight in the ranks of paramilitary groups. These organizations, supported financially by the government, have multiplied in number since Putin came to power.

In 1982, during the infamous Soviet military adventure in Afghanistan some officers from special units of the Soviet Army Specnaz, were shocked because of inefficient organisation, badly trained recruits, without any knowledge of guerrilla fighting, which resulted in many casualties. They decided that efficient premilitary education would be necessary for future soldiers, so they founded the School Center “Orlyonok”, renamed “Kaskad” in 1992. The Center went through a lot of changes in the past but the basic idea stayed the same – theoretical and practical training of children and teenagers in different warfare tactics. Premilitary education in Kaskad is free of charge and the children attend the school 5 to 6 times per week for 6 years, every afternoon, when the regular school time finishes. Twice per year they leave for a month on a summer and winter camp. The main courses in Kaskad are: ARB – martial arts from the time of the Red Army, shooting (bow, arbalest, pneumatic gun, pistol and kalashnikov), military tactics, topography, parachuting, radio-operation, engineering, basics of medicine, diving and alpine skills. In Kaskad they have some instructors of their own, the rest are special skills volunteers (divers, parachute rescuers, etc…)

The Russian army provides these camps with all the equipment necessary to run their training program as a result of Putin’s educational program to promote patriotism. The main objective is to restore a disgraced army to its former glory.