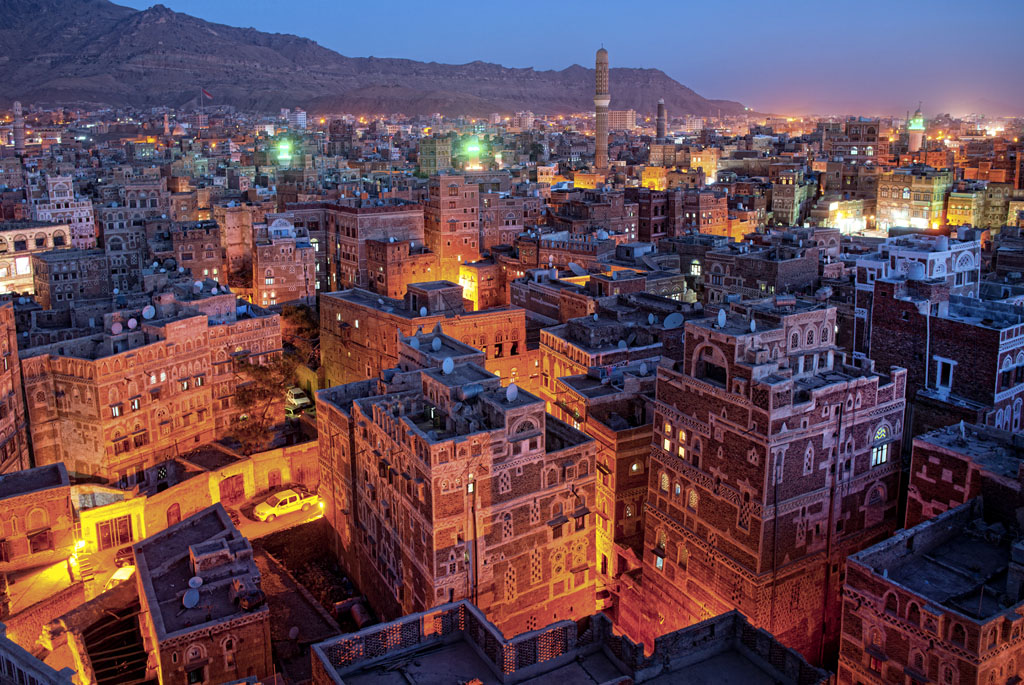 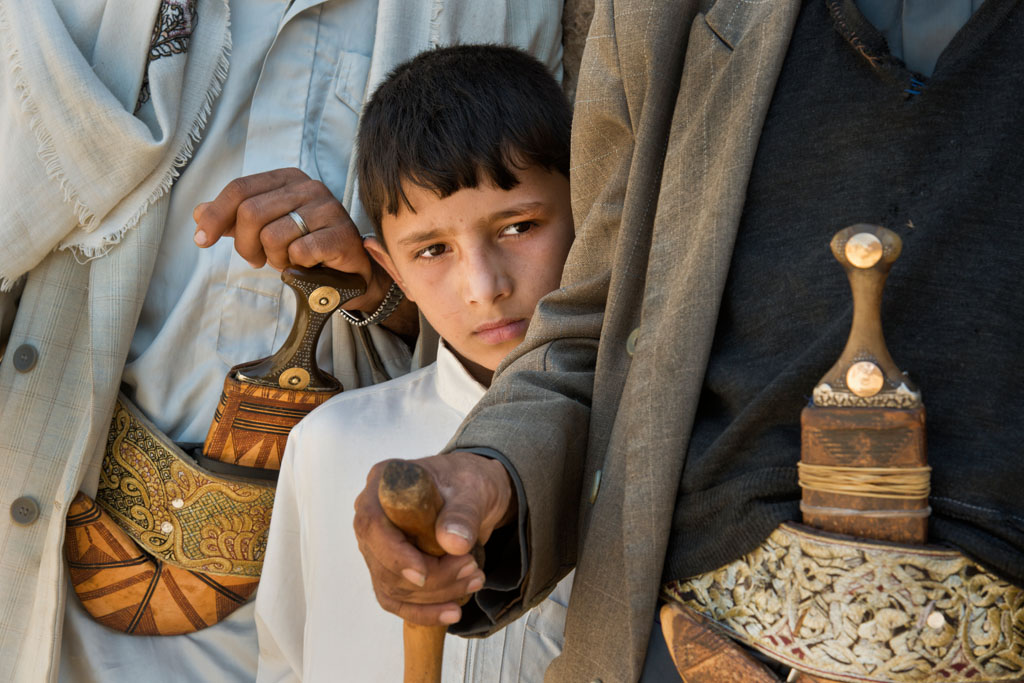 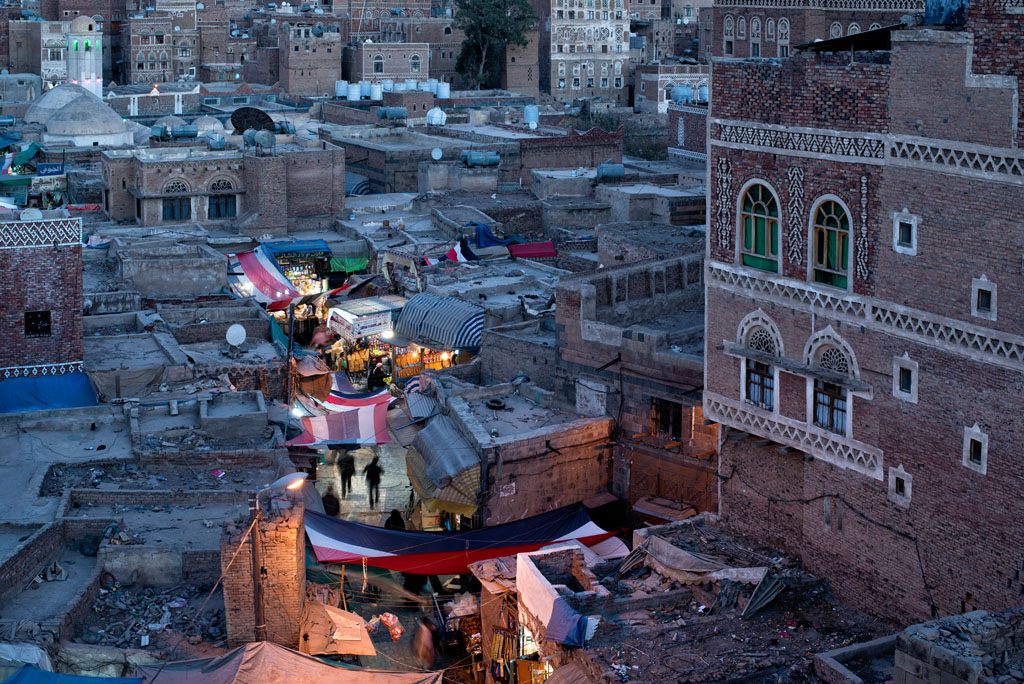 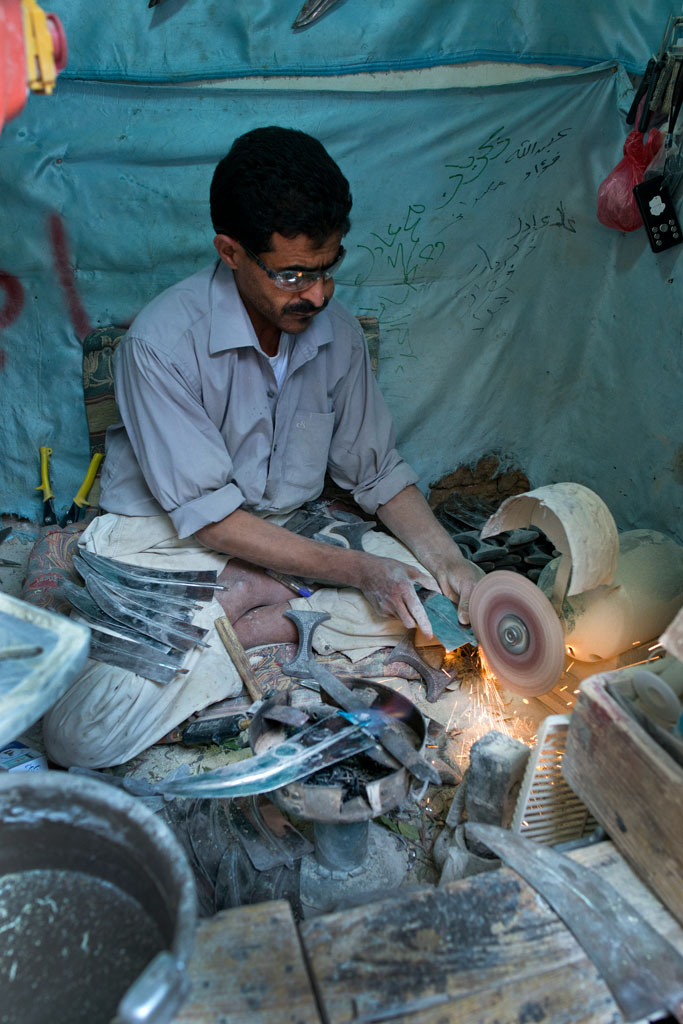 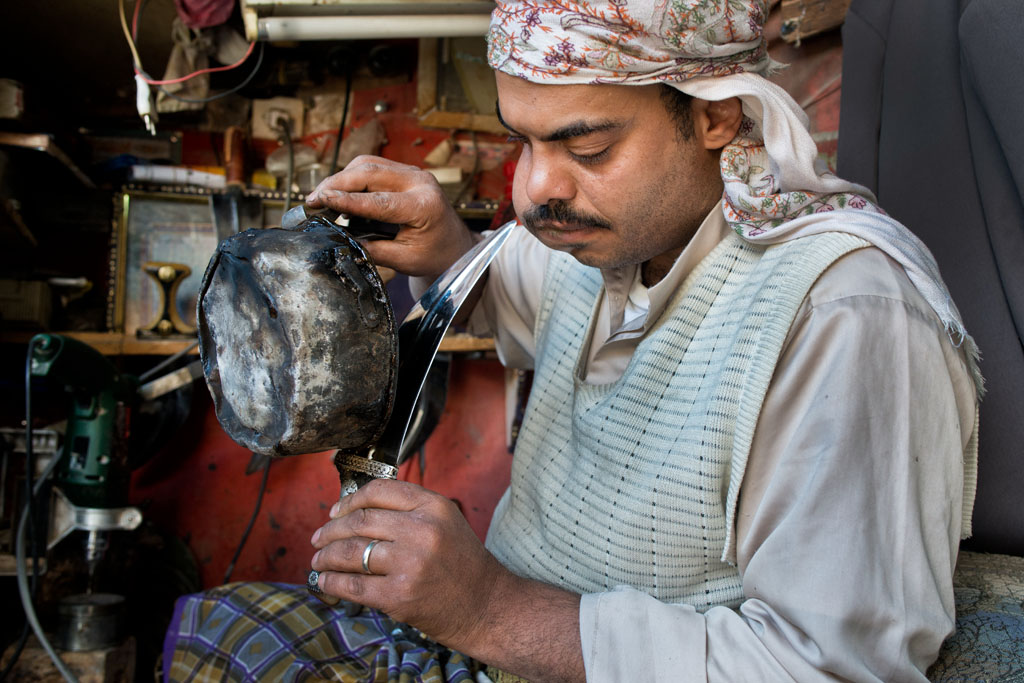 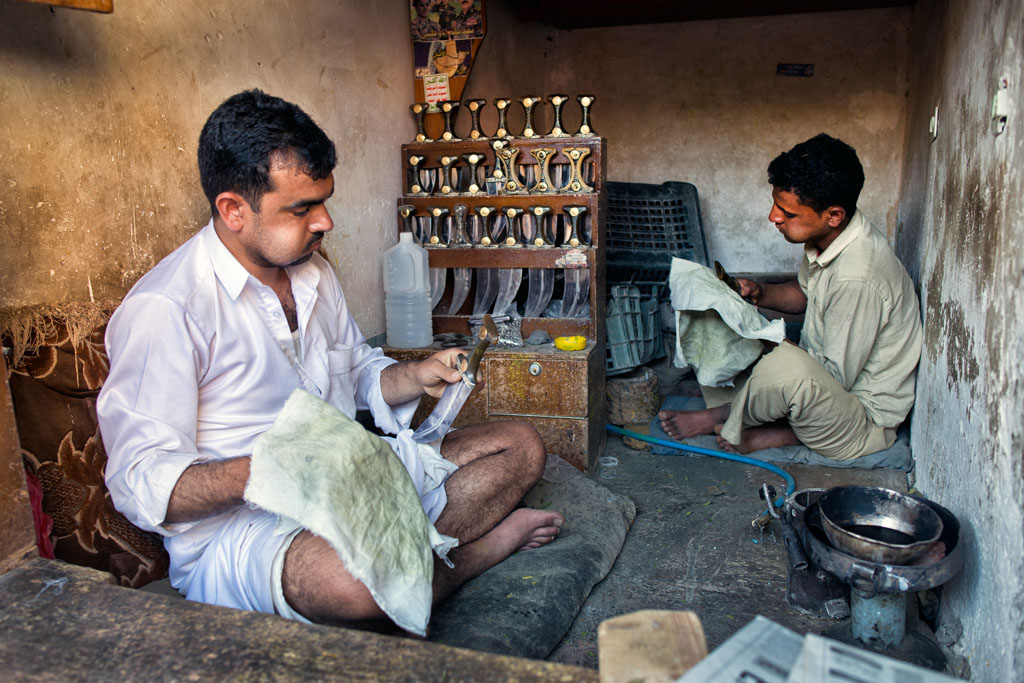 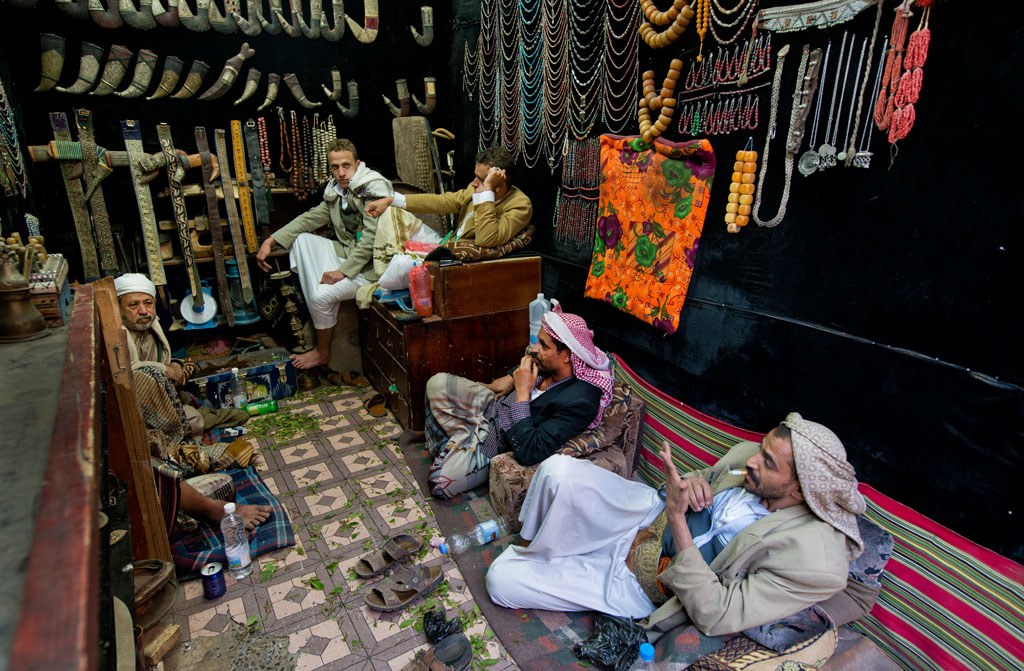 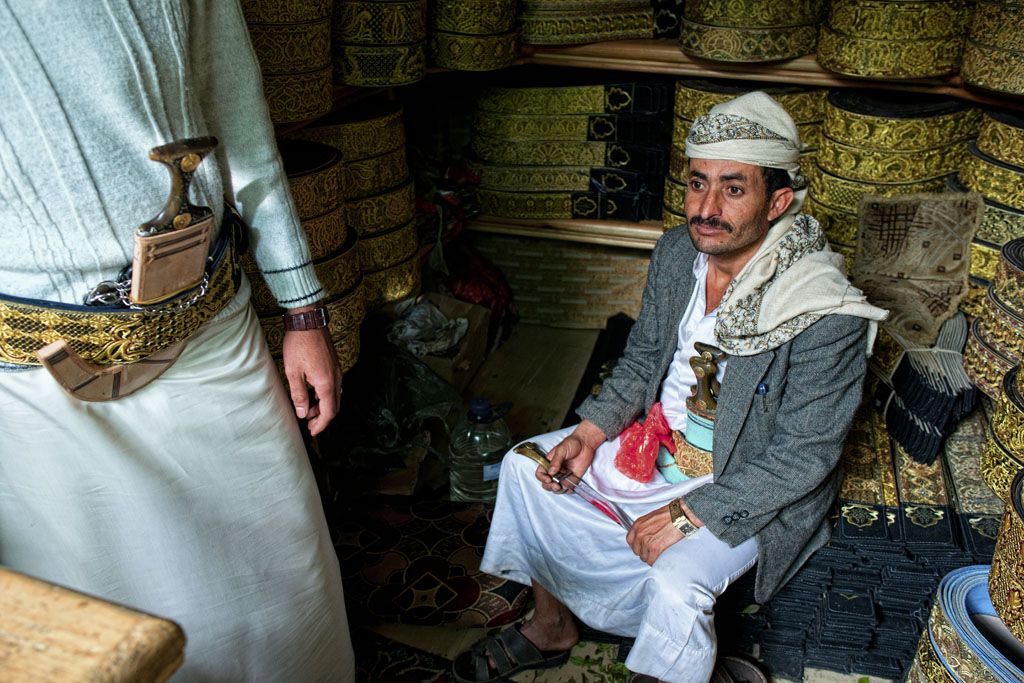 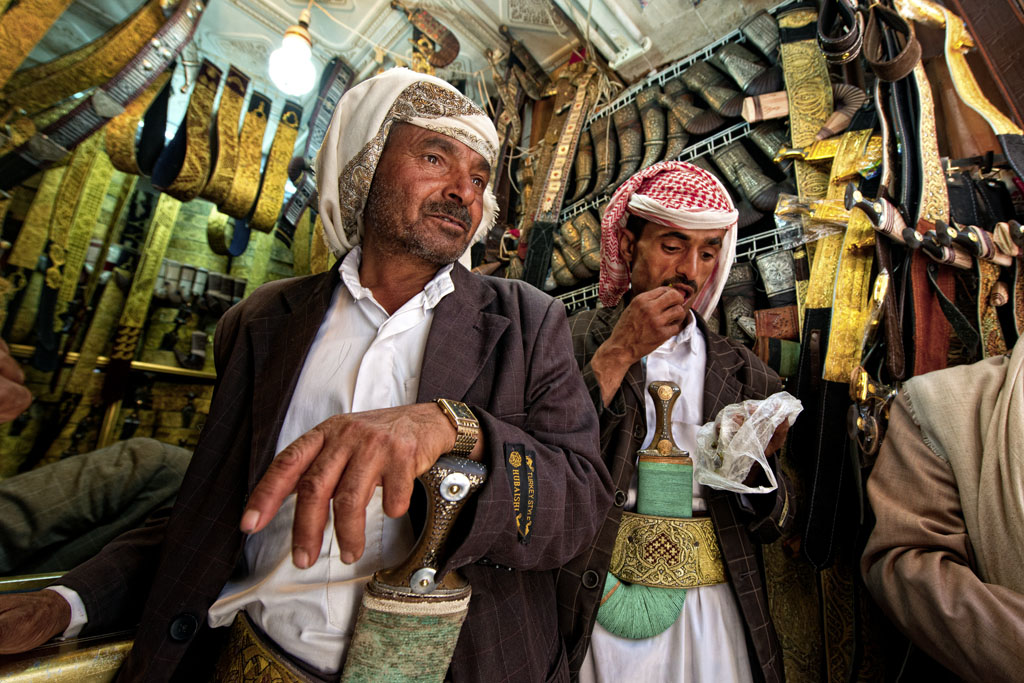 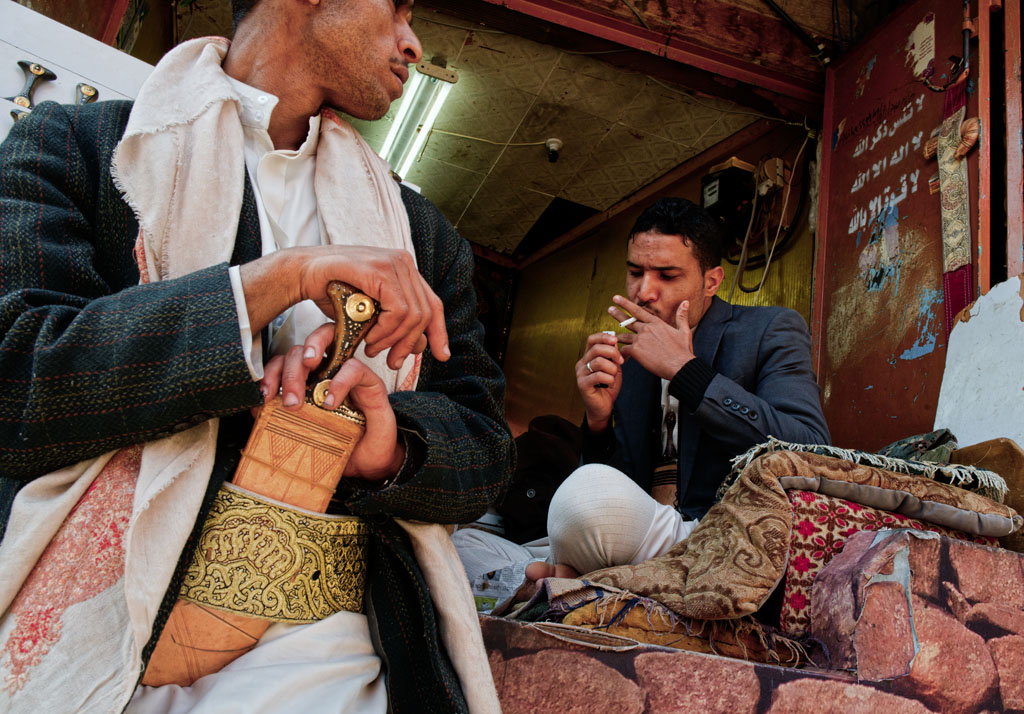 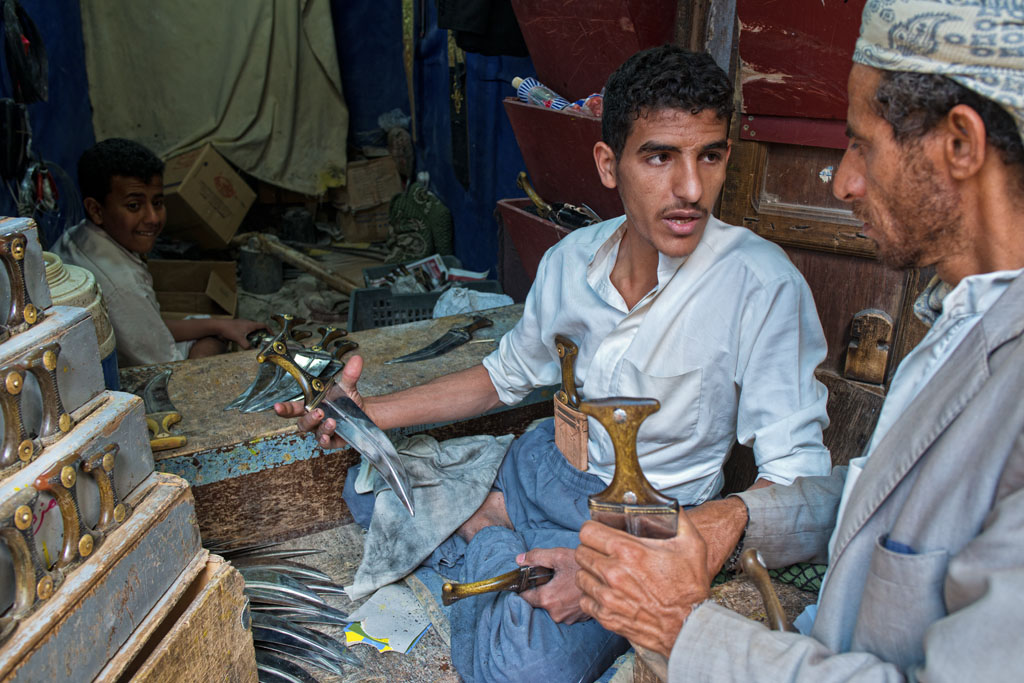 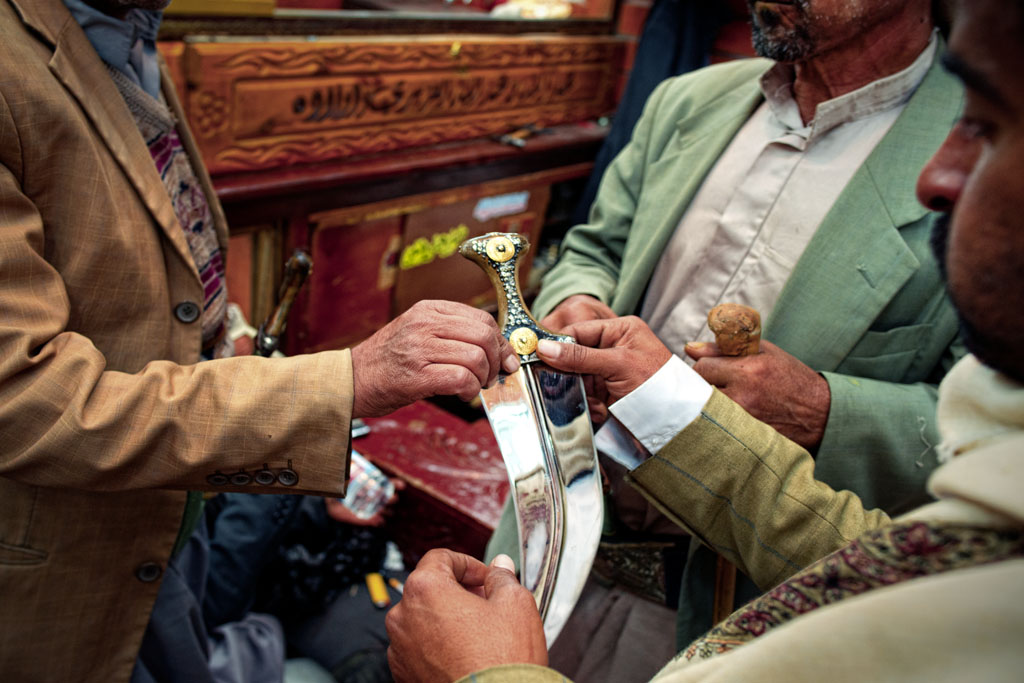 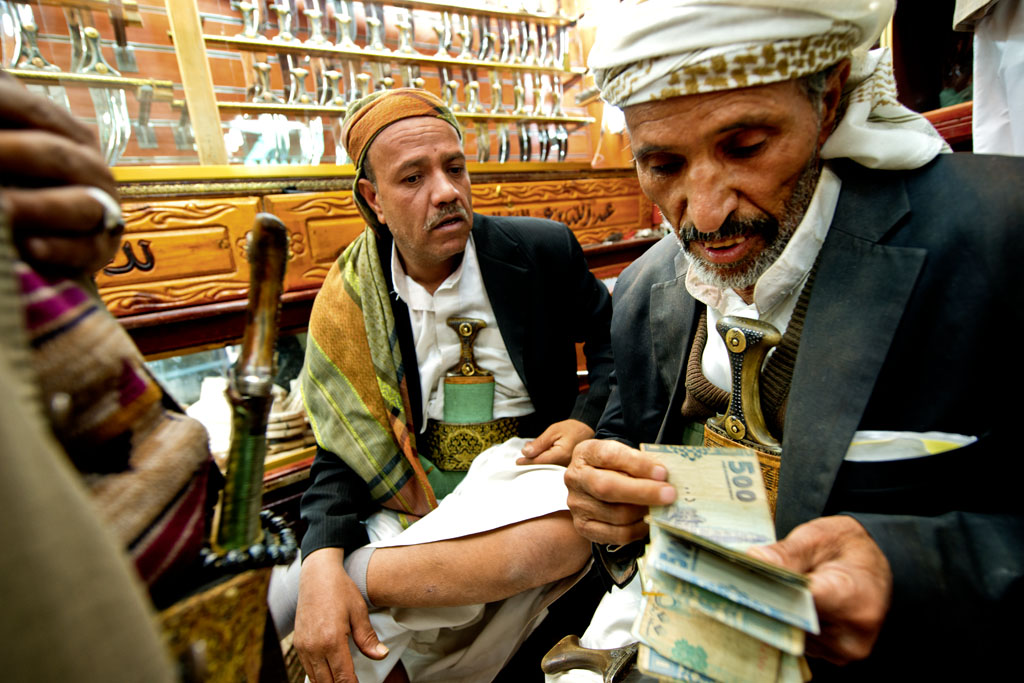 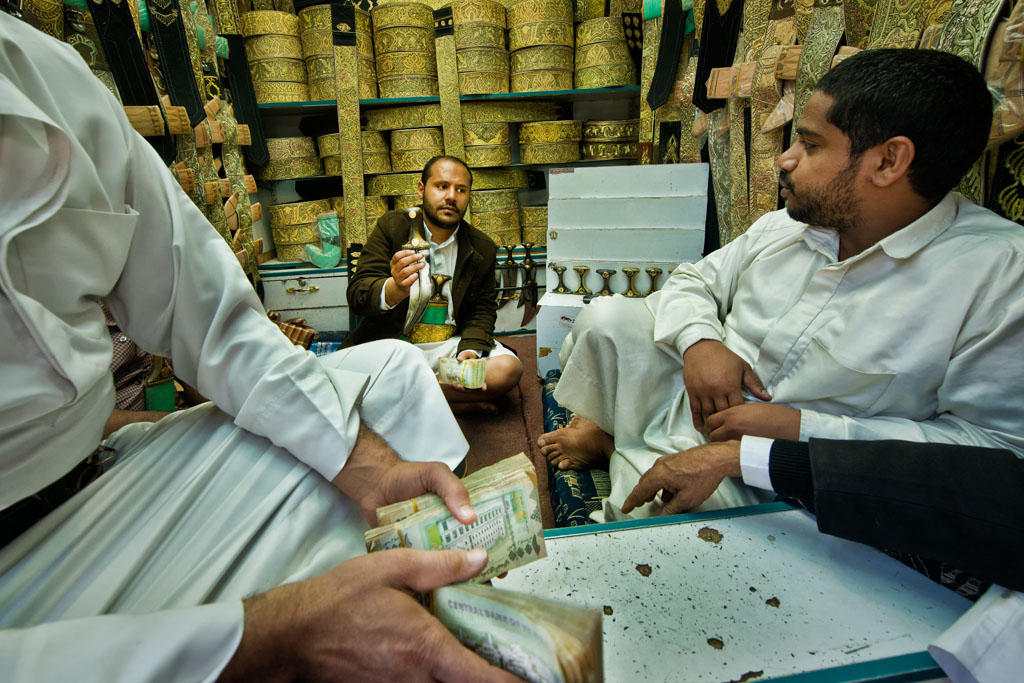 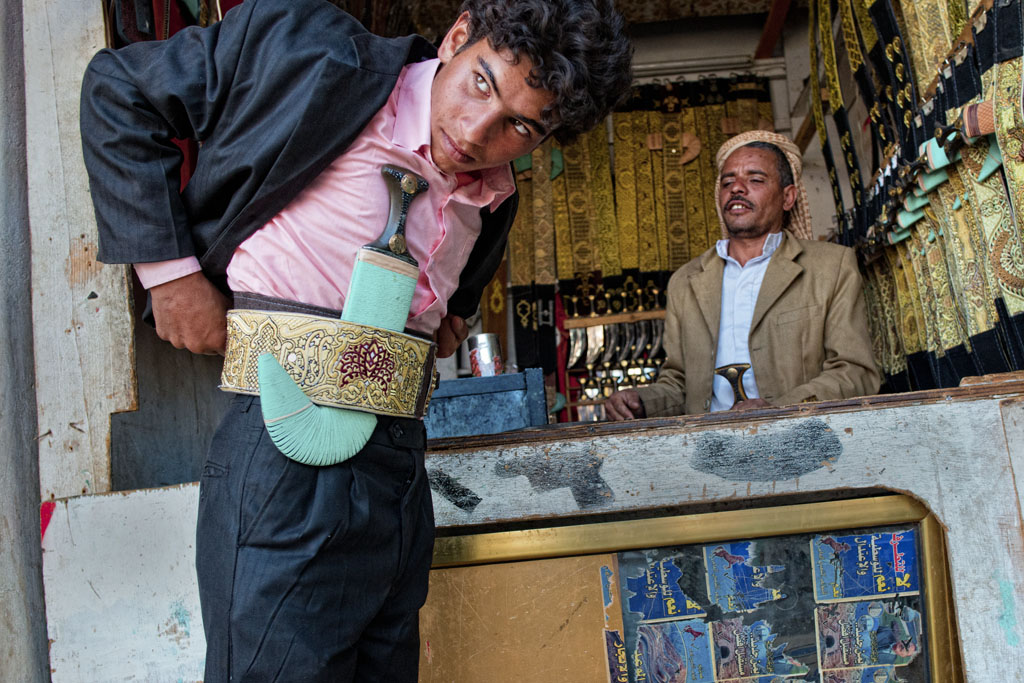 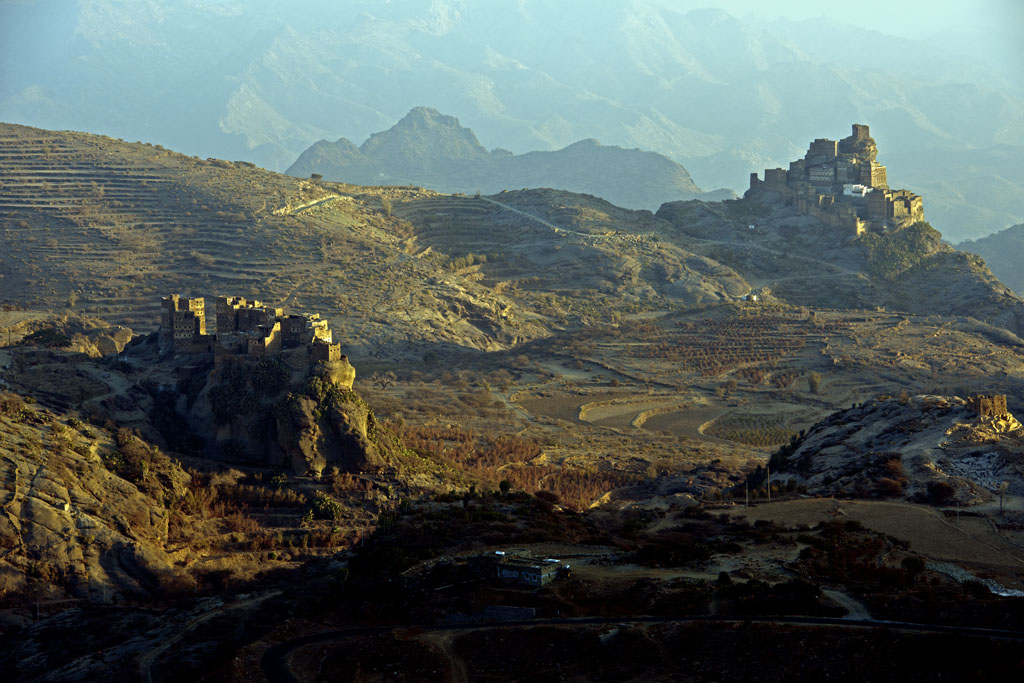 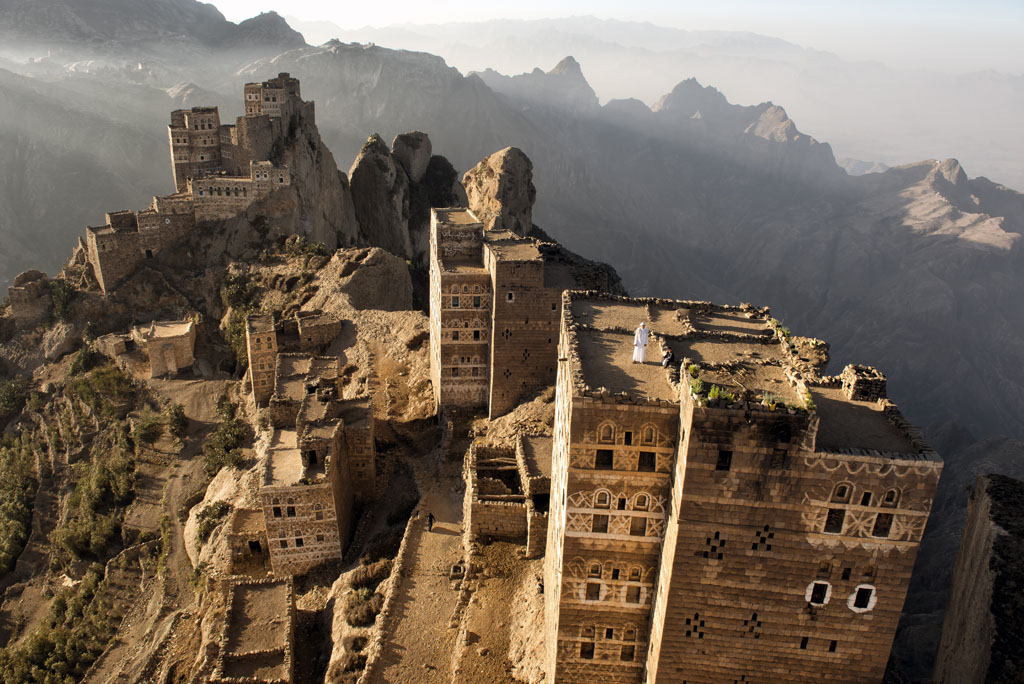 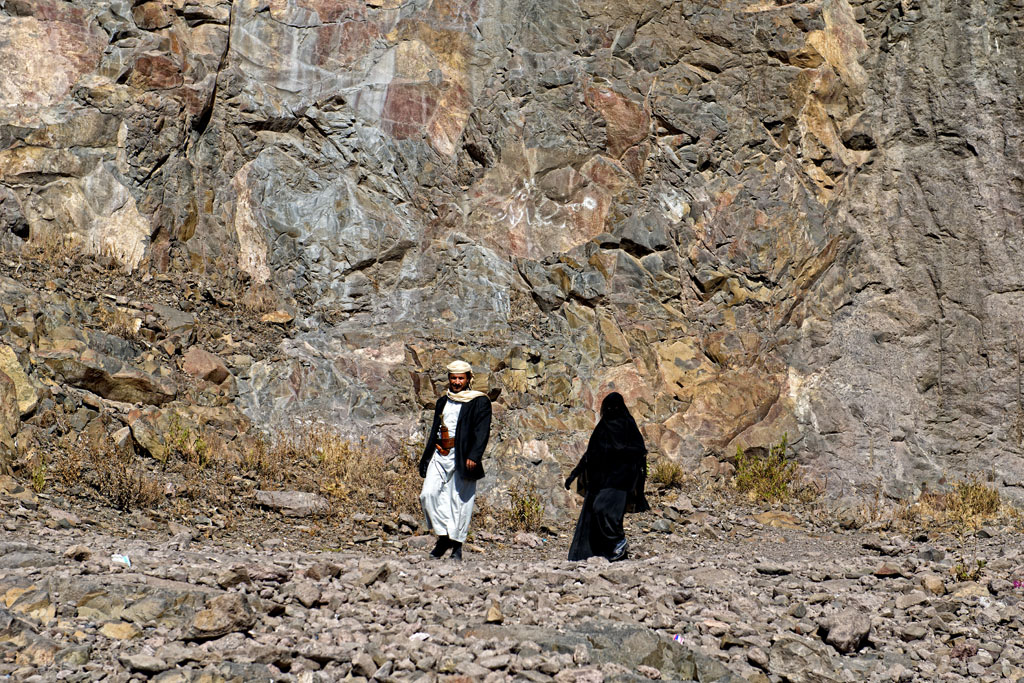 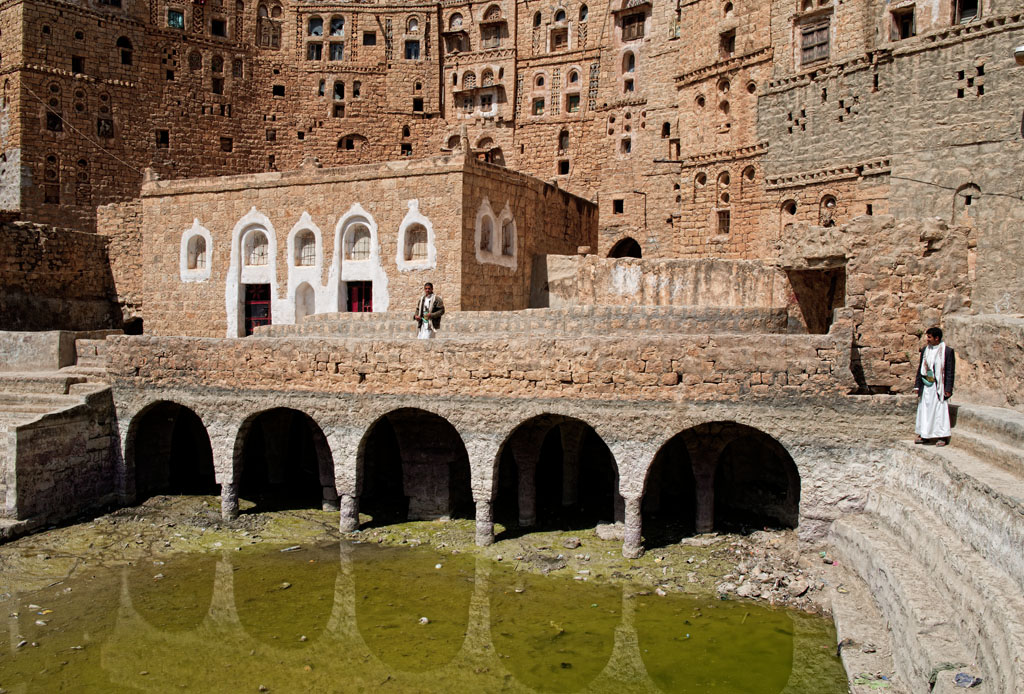 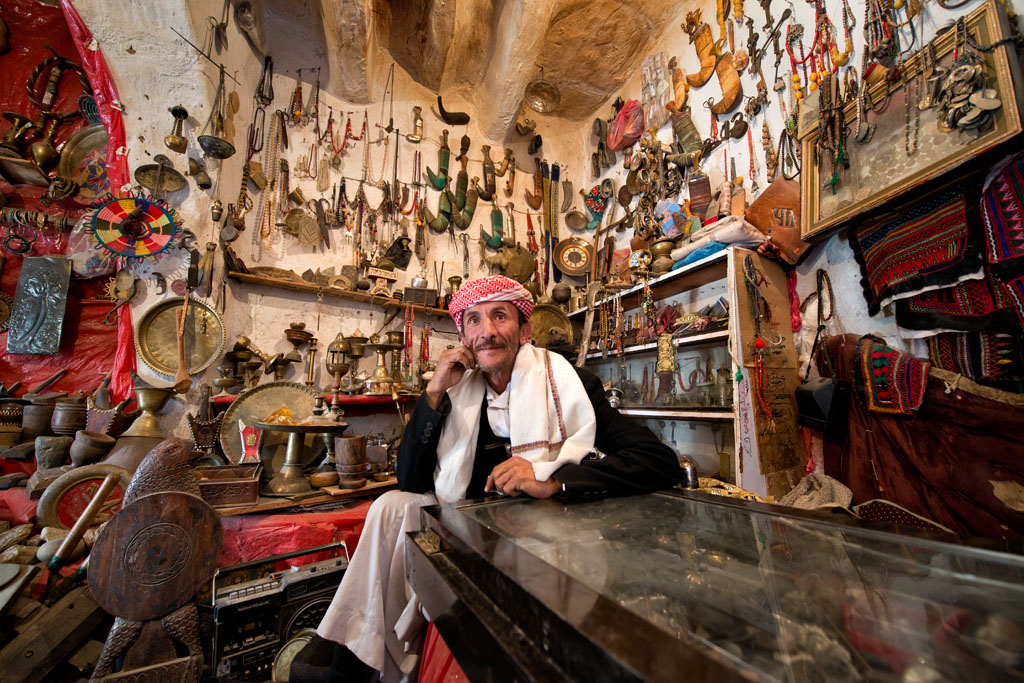 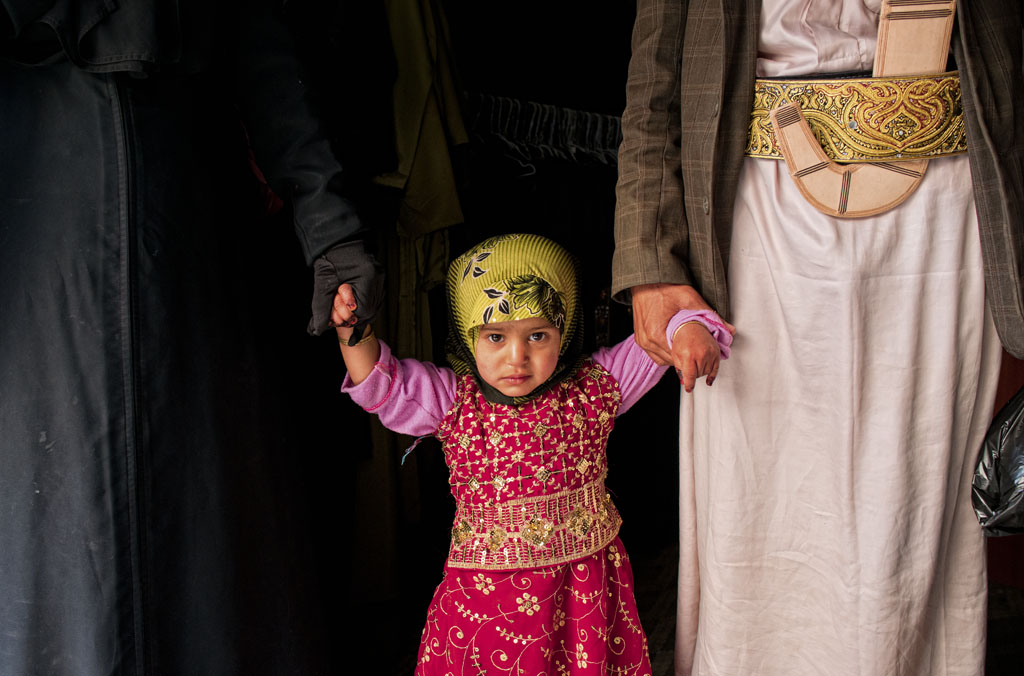 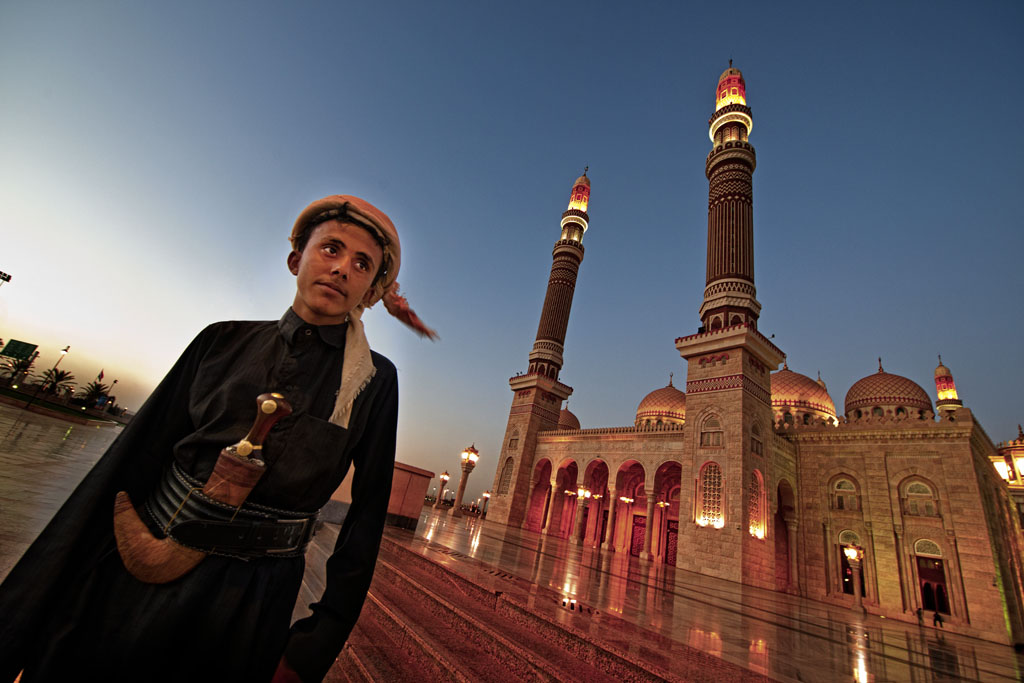 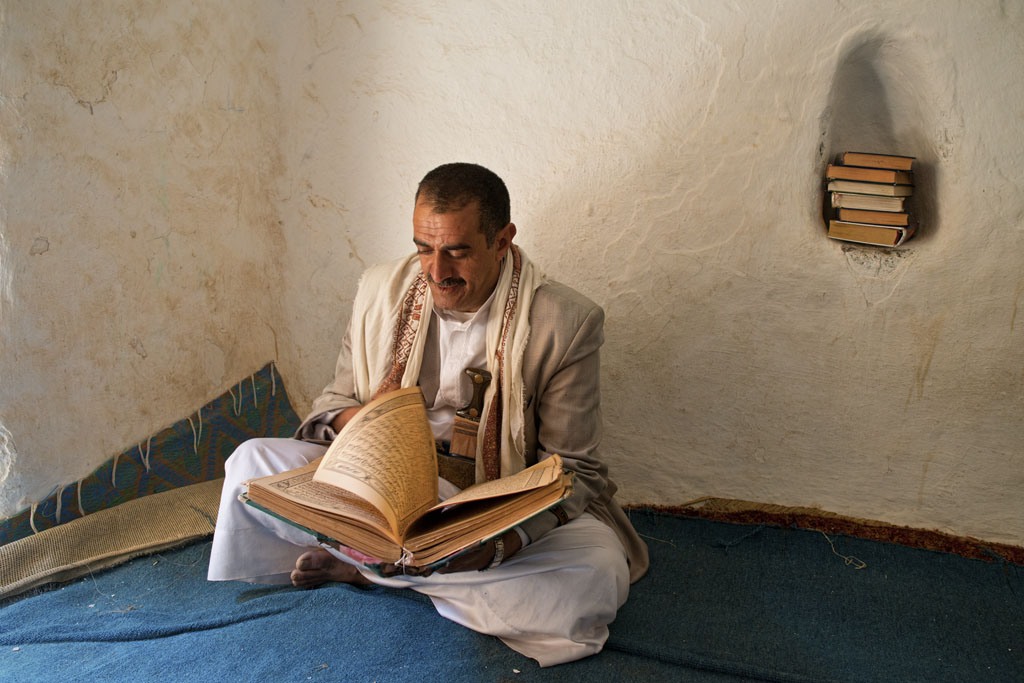 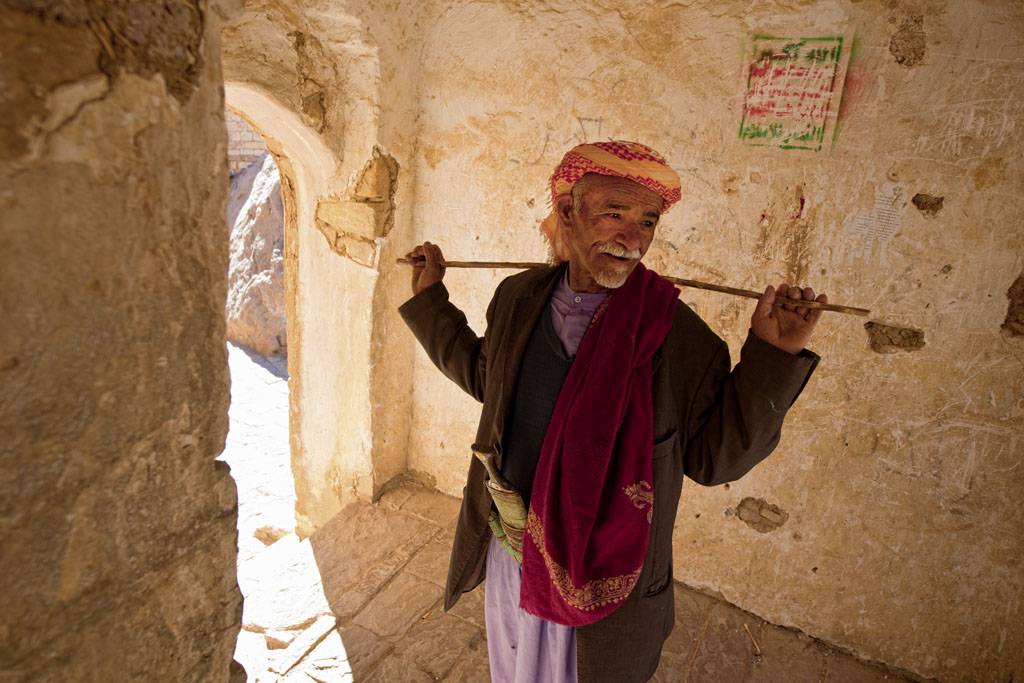 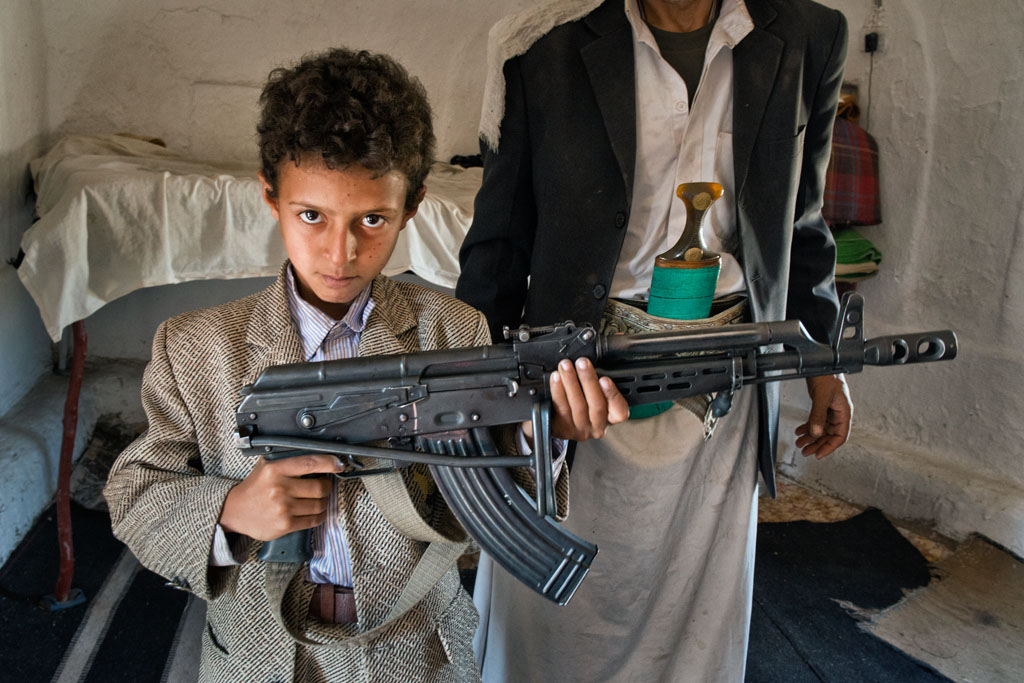 Janbiya is the Arabic term for a dagger, but it is generally used to describe a dagger with a short curved blade that is worn on a belt and it is mostly associated with the people of Yemen. Men typically above the age of 14 wear it as an accessory to their clothing and they carefully protect their janbiyas, taking them as part of their personality and life. The handle of a janbiya tells the status of the man who wears it. The most significant part of a janbiya is its hilt which also determines its the price. The saifani handle is the most famous and it is made of rhinoceros horns. Most other handles are made of different types of horns or wood and even plastic and the design and details on the handle describe its value and the status of its owner. The blade is stored in a sheath, usually made of wood. The sheath is commonly decorated with various ornaments that signify the status. These include silver work, semi-precious stones, and leather. The sheath is fixed on a leather belt.

Despite the significance of the janbiya, it is still a weapon. The janbiya should only come out of its sheath in extreme cases of conflict. It is also commonly used in traditional events, such as dances. Janbiyas were worn in Sheban times in the Himiarite kingdom (500 B.C). Some janbiyas date back to more than 800 years ago and their prices can exceed 1 million US dollars.